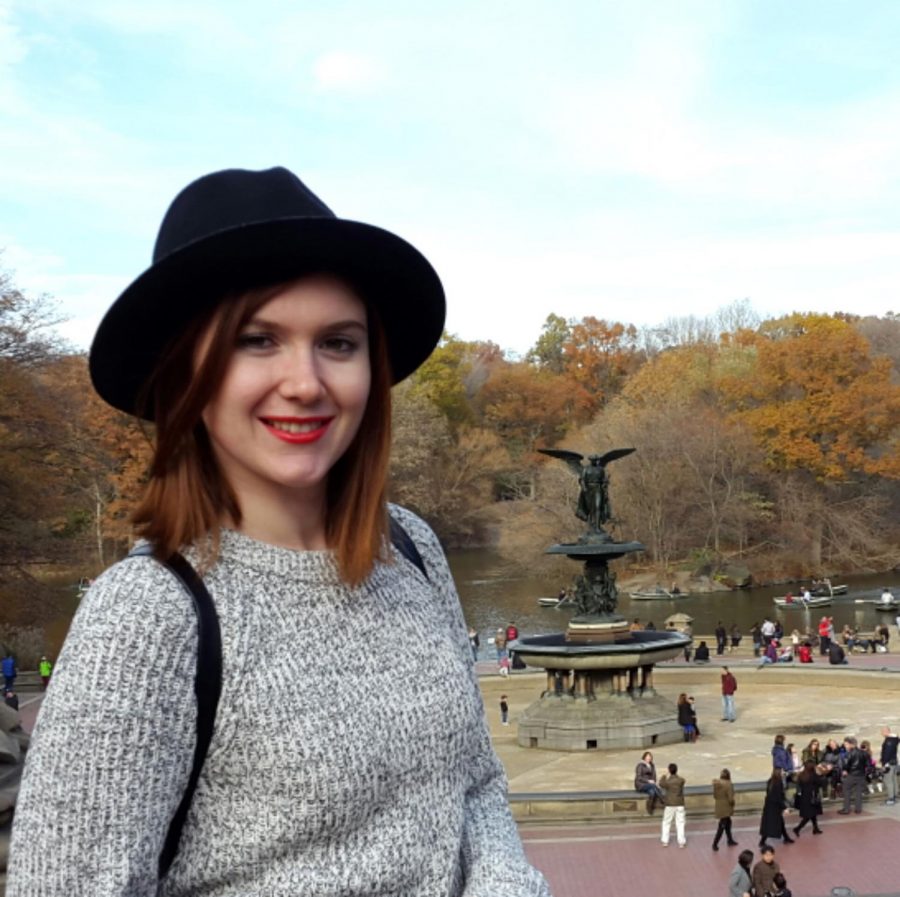 Natalia Krivosheeva, a native of Kazan, Russia, is a Fulbright Scholar at Mercyhurst, teaching classes in Russian culture and language.

Natalia Krivosheeva, Fulbright Scholar, is both a student and a professor at Mercyhurst University this year. She is teaching Russian culture and language classes and is also taking courses so that she can learn more about the American way of life.

Originally from Kazan, Russia, Krivosheeva came to the United States with the Fulbright International Educational Exchange. This is a program for students, scholars and teachers.

As a participant in the Fulbright program, Krivosheeva’s task while in Erie is to educate Mercyhurst students about her own Russian heritage, culture and language, while simultaneously learning about American culture through participation in classes and other events, either on campus or in Erie.

Because she grew up in an area of Russia that is relatively European, Krivosheeva felt fairly comfortable moving to the United States and studying in Erie. While there were some necessary cultural adjustments, it was not overwhelming.

One major adjustment that she had to make was in regard to the education system. Education in America is viewed in a very different way than it is in Russia, which took some getting used to.

Krivosheeva was extremely excited for the opportunity to learn about American culture and, through that new lens, gain a new understanding of her own experiences in Russia.

“I learned a lot about my own country by being here because I began to think about it in a different way,” said Krivosheeva. “My students teach me as well by showing me other ways to say things and to use new methods.”

For Krivosheeva, there is a lot of diversity to be found in the Mercyhurst community.

“I feel like it’s not only American,” said Krivosheeva. “I have students and friends from everywhere.”

Krivosheeva has particularly enjoyed the cultural festivals that take place over the weekends in Erie and the SAC/MAC events that have a cultural focus. For example, she recently took part in an event called “Dine With the World,” which allowed students to try the cuisine of other cultures and to learn about eating habits across the globe. She represented Russia with a traditional meal.

“America is a country of diversity,” Krivosheeva said.

For Krivosheeva, this means different experiences and innovation. She sees diversity as something new—an openness in viewing the world.

“Diversity means having options and being able to choose what you want and what you need,” said Krivosheeva. “It’s how we learn and what you have to open your eyes to in order to understand the world.”