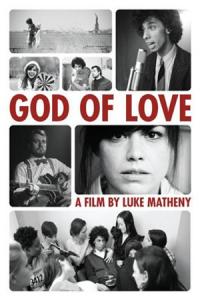 Moviecarpet.com photo: &quot;The God of War&quot; is one of the short films in this set.This afternoon and evening, a showcase of live action short films will be presented as a part of the ongoing Guelcher Film Series in the D’Angelo Performing Arts Center.

In the UK film “The Confession,” an earnest young boy named Sam (Lewis Howlett) is of age to receive religious sacrament but does not see the need to because he possesses a clear conscience and is nervous to confess.

In an attempt to find an alternative, Sam looks to the companionship of his friend Jake (Joe Eales).

Directed by Tanel Toom, this dramatic tale takes the innocence of youth and horseplay and ends in a twisted tragedy.

The Village Voice wrote that the film is “a coming-of-age tale that examines Catholic guilt with a heavy hand.”

“Wish 143” comically tells the story of David (Samuel Holland), a terminally ill young man, and his one last, unconventional wish to lose his virginity.

Directed by Ian Barnes, The Independent Critic called the film’s script “intelligent and nothing short of remarkable.”

In the Belgium film “Na Wewe,” Ivan Goldschmidt directs his interpretation of a civil war, set around 1994 in Burundi.

The ongoing conflict between the Hutus and the Tutsis encompasses the plot line of this drama on the realities and casualties of war.

Cinema Verdict Review said the film “gives us a sense of precarious hold one had on life living in Burundi in the ‘90s.”

“The Crush” is a tragic Irish film that tells the story of a young boy smitten with his teacher (played by Olga Wehrly).

Ending in what results from blind jealousy, the boy is killed by the teacher’s boyfriend (Rory Keenan).

The San Francisco Chronicle called this film “a quirky look on love.”

“God of Love” is a humorous, all-American romance. The film is directed by and stars Luke Matheny as Ray, a dart champion and hopeless romantic, who receives the answer to his prayers in a set of love-inducing darts.

“God of Love” was the winner of the 2010 Academy Award of Best Short Film/Live Action.

In a conglomeration of drama and comedy, this showcase of short films is sure to make you laugh and cry all in the same sitting.

Admission is free for students with Mercyhurst ID.