Students glide with the stars 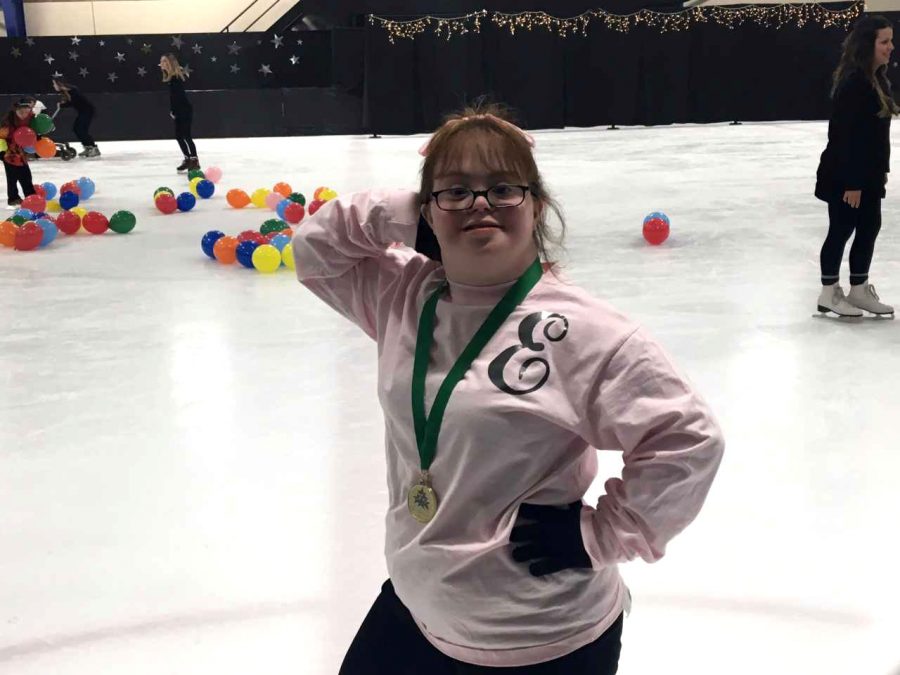 Gliding Stars participant Emily Stevens loved having the opportunity to perform in the ice show.

On March 24, the Mercyhurst Ice Center hosted the 2018 ice show of Gliding Stars of Erie, “Gliding Stars in ParadICE.”

Gliding Stars holds an annual ice show, where participants exhibit routines that have been prepared with the help of volunteers.

Keeping with the theme of “Gliding Stars in ParadICE,” the gliding stars performed tropical-themed routines as fish, sailors and more. The Mercyhurst men’s hockey team donned grass skirts and coconut-shell bras and performed as “The Swan Lakers.”

Kris Haas, junior Forensic Anthropology major, is a volunteer for Gliding Stars. Haas was drawn to the program in January 2017 as an opportunity to skate, and then enjoyed the program and decided to participate again this year.

“It’s so cool because a lot of these people, the ones in wheelchairs especially, you don’t think they’d get the chance to do something like this, but they have the special setups where they can skate,” said Haas.

Haas also noted that the program provides remarkable potential for growth, saying, “At the beginning of the year, we literally had to bribe Andy, the little girl I skate with, to let go of the wall. Now she won’t even hold my hand. Seeing that growth for her has been super awesome.”

The evening was a chance for participants to perform routines that they have worked hard on for friends and family. It was an uplifting evening for all involved.