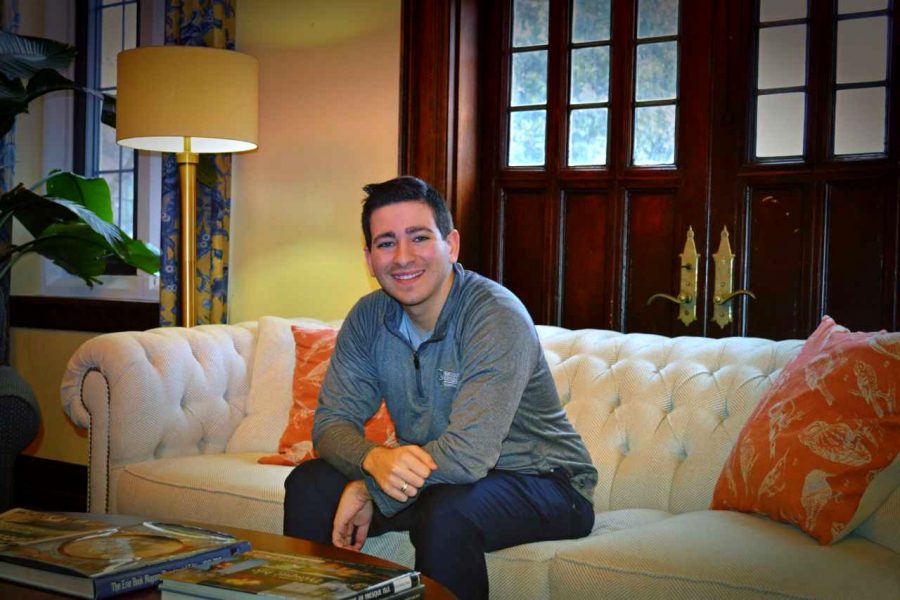 Vince Marrazzo was elected as the MSG President in February and he looks forward to representing the student body in the 2018-19 school year.

Vincent Marrazzo, junior Intelligence Studies, Information Technology and International Relations triple major, is the treasurer of student government, an ambassador and a resident assistant, among many other things. This fall, he will be taking on yet another position: Mercyhurst Student Government president.

Marrazzo has dreamed of this position since his freshman year, but formal campaign preparations did not begin until the end of Fall 2017, when he began by compiling a list of student concerns and organized them into a platform he felt best addressed student needs.

“My campaign focused on putting the power back into the students’ hands,” said Marrazzo. “I want students to know that MSG always has their best interests at heart.”

Specific points from his campaign included a price limit on core class books, providing complimentary tickets to all arts events, early dining hours for athletes, and creating a Diversity and Inclusion Committee.

“Being elected president of MSG was one of the happiest moments of my life,” Marrazzo said.

As president, he will be responsible for representing student voices to university administration and contracted services. Additionally, he will be serving as the MSG representative on the Board of Trustees and presiding over the Executive Board.

“One of the largest projects I would like to pursue as MSG president is to work with university administration to create a for-credit course to prepare students for the GRE, LSAT, MCAT, and other standardized post-graduate courses,” said Marrazzo. “I also want to cultivate a better relationship with Maintenance in order to improve those services. Finally, I plan to pursue initiatives to support the arts, athletics, and diversity and inclusion on campus.”