Erie March for Our Lives 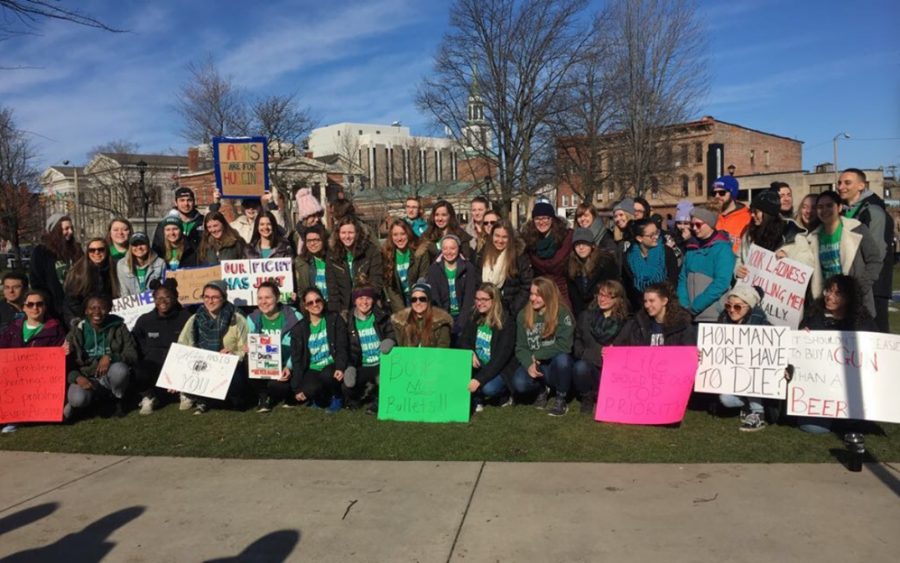 Mercyhurst students, speaking up in response to school shootings, asked legislators and themselves: If not us, who? If not now, when?

Mercyhurst students joined demonstrators from Erie and across the nation in March for Our Lives rallies calling for gun reform on March 24.

Thousands marched nationwide to show support for the safety and lives of schoolchildren everywhere. The nationwide rallies, calling for gun reform, were in response to the Feb. 14 shootings at a high school in Parkland, Florida, that left 17 people dead.

Erie held its own March for Our Lives. Two Mercyhurst students, Nate Myers and Laura Skladanowski, spoke at the event. Other members of the Mercyhurst community stood with them as they brought tears to the eyes of the mass of people that stood before them.

Myers, a sophomore in Early Childhood and Special Education major, said, “I have faith in God, and people in the midst of difficult situations on separate sides do not know what the answer is. That is an opportunity for all of us to bring peace, love and joy. That is something I wanted to do with the speech.”

When asked about his speech, Myers said, “The main thing I want to tell the people in the speech is that there are laws that need to be passed or rules that need to be done. I think if we step back and look in the mirror and try to love everyone where they are at, even when it is difficult to do so, then we can change people’s lives to the point where they do not grow up wanting to carry out an act like that.

“A lot of us are caught up in the situation when it happens when we can prevent it from even being thought about or carried out.”

Myers also has a younger brother in first grade who now knows that these bad things are happening in today’s world. This just proves that children cannot be sheltered from the evil that is school shootings.

“We do not have the luxury of being mediocre. My job is to teach prospective teachers to be excellent in the classroom, and I cannot do that if they are scared,” Johnson said.

Future teachers are scared and some have pondered changing their careers. Lauren Golanka, a sophomore Early Childhood and Special Education major, said, “This is my future so I want this to be changed so I feel safe in my classroom”

Skladanowski, a freshman Early Childhood and Special Education major, spoke out as well, reading a passionate poem about her feelings on school shootings, reform and the fear that is instilled in future teachers’ hearts.

“This is the time for change, and we need to help our students in the future immediately. I want gun reform and I want resistance and I want our children in every school to be safe,” Skladanowski said.

Cole Lowe, a senior Spanish education major who is now in his student teaching placement, has seen firsthand the fear that is instilled in the lives of children that sit in a classroom to learn and grow.

“I know what it feels like as a student teacher. I never thought of jumping in front of a bullet for my kids, and now I do, said Lowe. “Kids should come into class without a fear of guns because they already have their emotional backpacks on they do not need more. Enough is enough.”

Future teachers are not the only ones wanting reform. While many Mercyhurst Education majors went to the march, other majors attended as well.

Dour is not alone in thinking that a student that has a gun should not be able to take the lives of others.

Ibukunoluwa Olaoye, a junior Applied Forensics major, said, “I marched today because legislators do not really know what is happening in this nation.

“Even though they say they are for us, they aren’t, because many kids’ lives are still being destroyed because of gun violence because an underaged student has resources to a weapon,” Olaoye said. “It is unacceptable.” 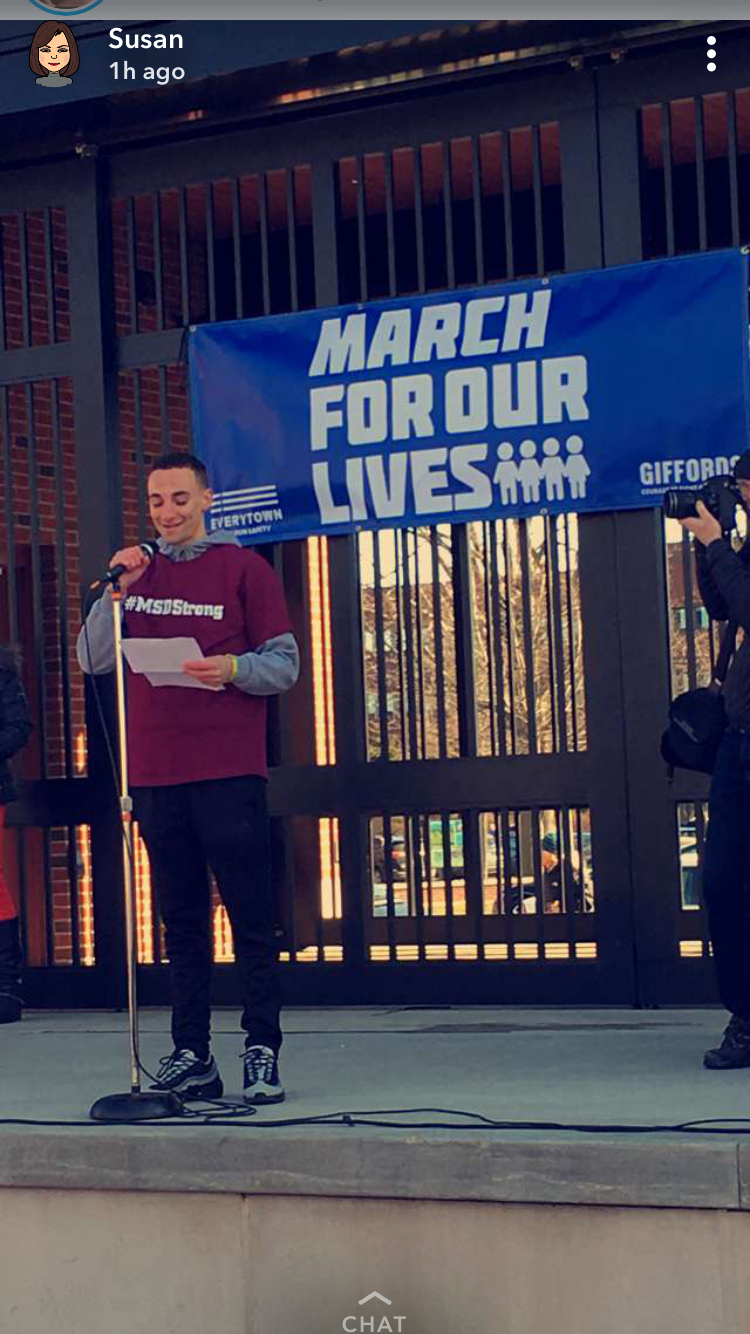 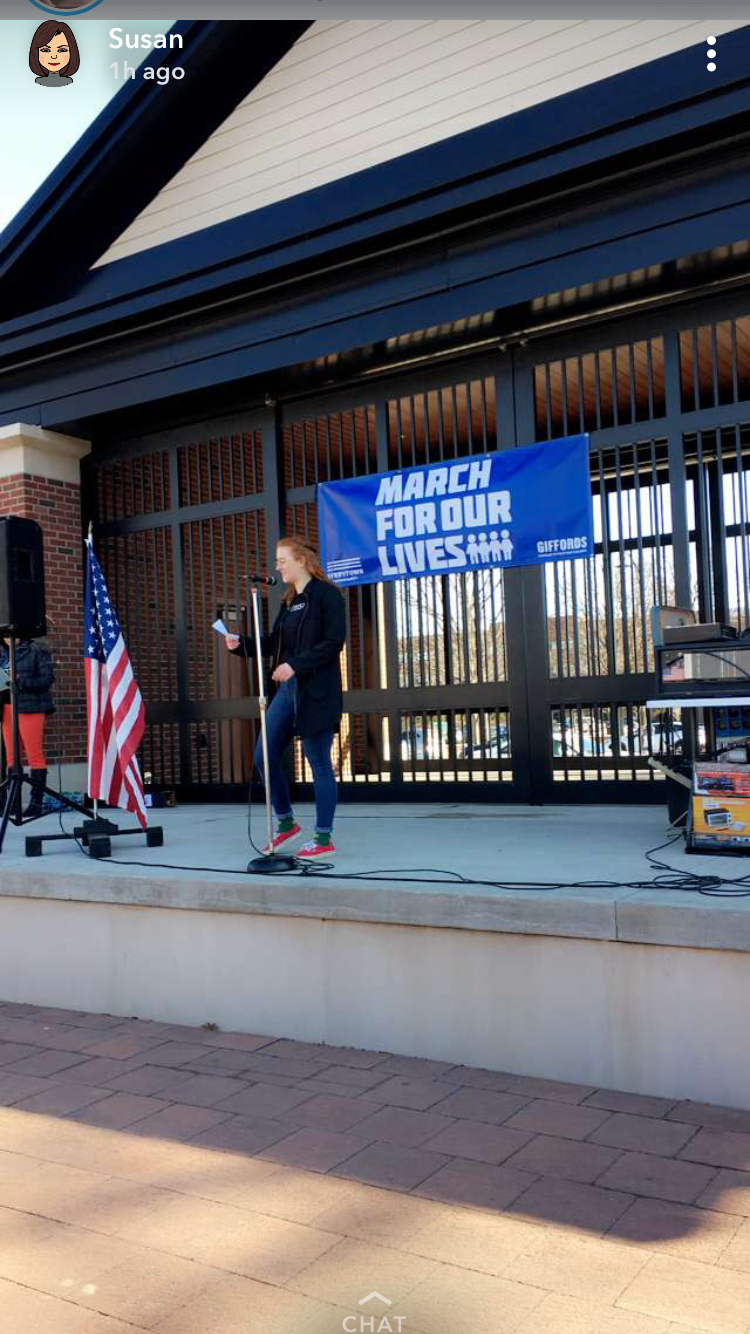