Jensen to serve students as VP 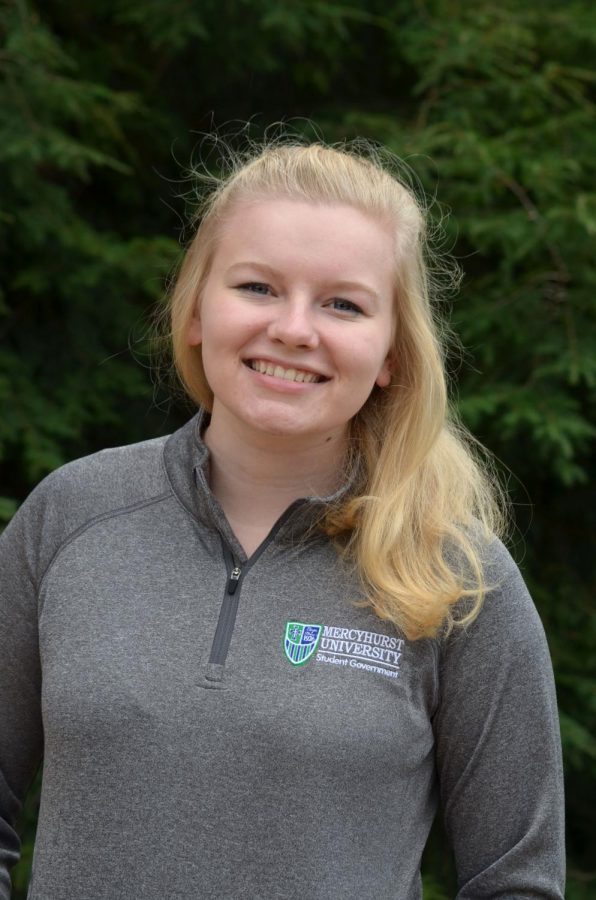 Sophia Jensen will take her place as the MSG vice president in Fall 2018, and is excited for the opportunity to serve the Mercyhurst community.

Sophomore Intelligence Studies and Political Science double major Sophia Jensen, is heavily involved in Mercyhurst Student Government, and during the 2018-19 school year, she will be taking on an even larger role as MSG vice president.

“I am honored that I get to be such a big part of understanding and representing student voices on campus, and work to make changes that will benefit current and future students,” Jensen said.

Jensen was elected by students at the end of February. Despite running unopposed, she focused much of her campaign on the power and importance of voting for the best candidate.

“While I spoke about my plans to increase support for RSCOs, increase relationships with other colleges in the area and increase MSG and administration transparency, I truly wanted students to vote for who they thought would do the best job representing them and making decisions,” Jensen said.

Jensen emphasized how important it is for students to realize they can make changes on campus.

“What MSG comes down to is service, and all the members work for the students, so I wanted to make sure that students understood their power to make change happen on the campus through the election of the president and vice president, and now the senators,” Jensen said.

“I get to do a lot of behind-the-scenes work, helping to make ideas into plans and put plans into action,” Jensen said.

As for future plans, Jensen hopes to cultivate a larger collegiate community by strengthening Mercyhurst’s relationship with its neighboring colleges. She expects this to start on a smaller scale within the student government, eventually spreading to similar clubs and the general student body.