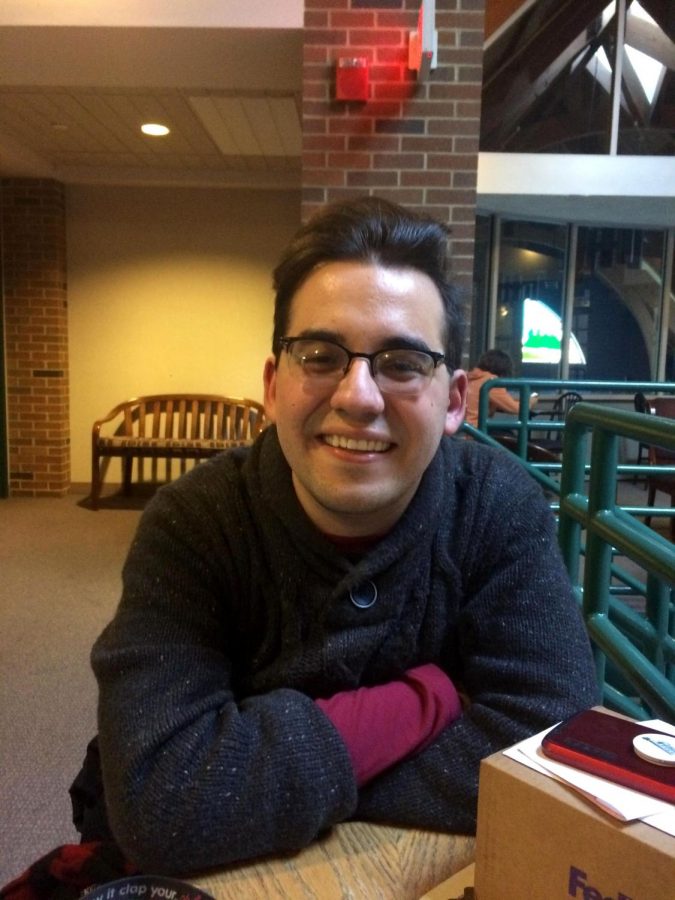 Cole Lowe is excited to travel to Argentina next March as a Fulbright Scholar, where he will improve his Spanish and to bring his teaching skills to those learning English at a college level.

Mercyhurst University senior Cole Lowe, Spanish Education major, was named a Fulbright Scholar for the 2018-19 academic year. This prestigious national award will allow Lowe to spend a year teaching English and taking classes at a college in Argentina.

Lowe engaged in a lengthy application process to seek this award, with 10 pages of written application, three professional recommendations and an evaluation of his language proficiency by Spanish professors.

The Fulbright Award teaching programs place grantees in schools overseas where they aid English language instruction as a native speaker within the classroom. Lowe will join many other U.S. Student Program scholars currently engaging in research, study and teaching in over 140 countries around the globe.

“I come from a poor area named Emeigh, in rural Pennsylvania, where cultural diversity is heavily lacking. You are not necessarily where you come from. That being said, I want to see more of the world and do my hometown proud,” Lowe said.

During a four-month wait, his application was reviewed by a national screening committee of professors and government workers, and then he was subject to background checks by the U.S. Department of State and Argentine government.

Lowe recently received notice of his successful application, and he will be one of 20 Fulbright scholars to travel to Argentina next March.

“I want to be able to feel that I have a credible background when I teach Spanish classes,” said Lowe. “In this way I can be a role model for my kids so that they, too, can do things that seem out of their reach. I will doing something I never thought I could, and I will have the opportunity to teach and learn at the same time. This is essentially my wonderful chance to put everything I have learned into practice.”

The Fulbright Program currently has varying numbers of placements in 23 countries in the Western Hemisphere with everywhere from Costa Rica to Canada represented.

Lowe had hoped to receive a placement in Argentina from the beginning. Of the 1,900 grants offered each year, only 20 are allocated there. After doing a project on Eva Perón in high school, he became increasingly interested in Argentina’s rich Latin and European culture, and his heart was set. As a Spanish Education major, he has also studied Latin literature and looked forward to exploring the culture he had come to know from books firsthand.

Alice Edwards, Ph.D., professor of World Cultures at Mercyhurst, assisted Lowe with his application. Edwards also sits on a reviewing committee for those wishing to be placed as a Fulbright Scholar in Colombia. Speaking on Lowe’s achievement, she said “Our department is thrilled that Cole will have this opportunity to deeply experience the culture and people of Argentina and to hone his teaching and Spanish skills. This will be a life-changing experience, and we look forward to seeing where it will take him in the future.”

Lowe cites Mercyhurst as the reason he secured his place as a scholar.

“I think one of the reasons why my application stood out was because of the opportunities that Mercyhurst has awarded me,” said Lowe. “I have presented at conferences with professors and engaged in service learning, among many other things, all because I chose this university,” Lowe said. “I now have the desire to live out the Mercy mission and spread Carpe Diem wherever I go.”