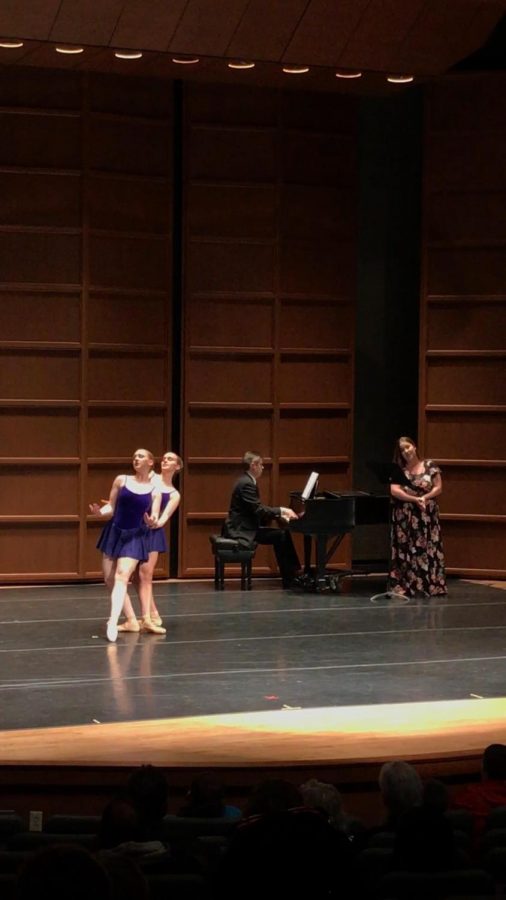 On April 14, a group of students from Mercyhurst University’s Dance department collaborated with local artists in 2018’s National Water Dance.
Erie Dance Theater, SoMar Dance Works, Dafmark Dance Theater, Blue Docks Jazz Combo and musicians Kevin Timko and Lynn Johnson were among the artists gathered to confront critical water issues that the United States faces.
Stretching from New York to Puerto Rico, National Water Dance creates simultaneous, site-specific dance performances with movers of all ages.
Dale Andree created the national event in 2014 and has directed it since with the intent of bringing attention to aquatic environmental concerns in communities worldwide.
National Water Dance brings attention to protecting and conserving water resources around the world through art.
Senior Mercyhurst Dance major Niusha Karkehabadi reflected on the event, saying, “It was a fun dance show, but also it was a gratitude dance for water and all that it allows for our lives.
“We often take advantage of these resources and become very wasteful,” Karkehabadi said.
The event was hosted by the Erie Maritime Museum, located on Presque Isle Bay in downtown Erie.
The event drew an impressive crowd in spite of the weather.
Due to the low temperature and forecast of rain, various events were moved indoors, including the improvisational waterfront pathway procession and the opening ceremony.
The opening ceremony occurred across the nation simultaneously at local waterways.
Led by student Ambassadors, audience members experienced three floors of music, dance and art performance exhibits featuring the work of Mercyhurst artists.
Following a research discussion by Amy Parente, Ph.D., a collection of dancers performed onstage in the Hirt Auditorium to pieces inspired by water.
Student choreographers filled the program with original works and Dance for Camera Film Projects were debuted.
When asked about her experience, Solveig Santillano, associate professor of Dance and National Water Dance organizer for the Erie community, said, “It’s a wonderful thing for students, faculty, community members and organizations to work alongside one another in this creative collaboration.”
“It gave us all things to think about, a beautiful combination of science, art, dance and music,” she said.
The whole event was live streamed by the Erie Dance Consortium.