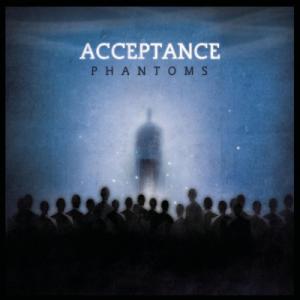 Uulyrics.com photo
When it comes to art, music and sports, there are two main tragedies to befall a fan base.

The band Acceptance falls into this latter category. With their debut output, “Phantoms,” being their only album, they leave fans wondering how great they could have become.

Shortly after the release and subsequent promo tour of the album, the band parted ways for good.

“Phantoms” has such a smooth, velvety feel with a bit of a harder edge at times—as if it was the lovechild of Jimmy Eat World and Anberlin.

Jason Vena’s vocals carry every song and are easily the general highlight of the album.

The opener “Take Cover” is a superb way to start off the album. The common musical motif of a cheating, lying girlfriend is addressed in the lyrics, but the melody of the song and Vena’s execution of the lyrics really makes the track a five-star quality.

The album is far from a one-and-done. In fact, the next four songs are just as excellent.

“So Contagious” is arguably the best song on the album, especially from a lyrical standpoint. The gist of the song is about a guy “contagiously” infected by a girl at first sight.

As he is slowly drawn in, he has to confess, “Could this be out of line/To say you’re the only one…” Again the music and guitar riffs are well suited for this song, and make it fantastic.

“In Too Far,” “The Letter,” “Different” and “Breathless” are the other standout songs at the beginning of the album.

In addition to these, the two tracks closing the album are quite good as well. “Permanent,” the masterful penultimate creation, lauds the ever-changing, transitory nature of life, comparing it to a “river in Arizona.”

Basically, nothing is “permanent” or lasts forever. In the final track, “Glory/Us,” the closing lyrics to the album add to the irony: “Glory is waiting.”

Acceptance had this glory waiting for them, as they crafted a true work of musical genius in “Phantoms.” But like their hit single bemoans, nothing is permanent.

Fans wanting a follow up to such a great showing will have to wonder what could have been. Acceptance had so much talent and promise, as only glimpsed of in “Phantoms.”