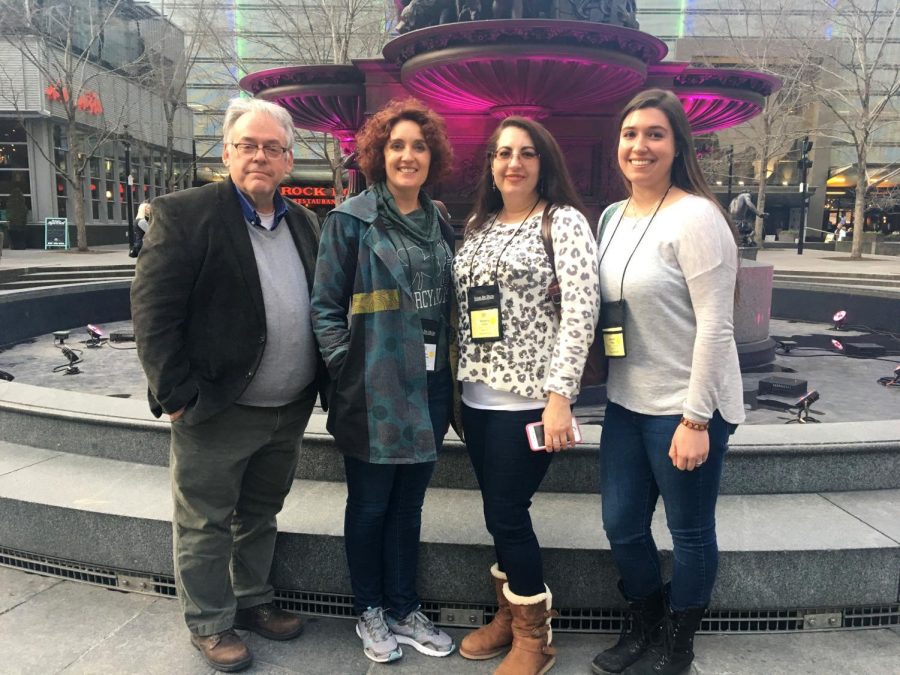 Sigma Tau Delta is dedicated to fostering literacy and the discipline of English, as the second-largest group in the Association of College Honor Societies.

The students were sophomore Kristian Biega and seniors Kimberly Kuehl and Audra Alexander.

There was time provided to meet face to face with other students, faculty and respected authors, and to share ideas and work.

The group was given the opportunity to submit an original work about any piece of literature, which would then be read aloud to a panel for discussion.

Biega shared her work “Returning Cultural Power to the Middle East,” an analysis of Palestine by Joe Sacco through the lens of Edward Said’s Orientalism.

Kuehl had a unique experience, being able to present her work and chair an event. Her paper “Fathers, Sons, and the Infinite Arabesque” focused on cultural identity and empowerment in “The Kite Runner.”

At the panel, she acted as the chair for a creative writing session on original student poetry.

Alexander received a juried award for excellence in theoretical writing for her paper “Reading Reform in Dickens’ Bleak House.”

“I had the pleasure of receiving a conference writing award for my work, which was gratifying,” said Alexander. “It was also rewarding to listen to the other presenters and speak with them about their work. Being around other English scholars helps to renew your focus and reinvigorate your study.”

When the students were not participating in panels, they were tending to society business as they represented Mercyhurst.

The students said they thoroughly enjoyed the weekend, with Alexander summing it up in the words, “It was jolly good fun.”

Biega, Kuehl and Alexander also took some downtime to explore the city, visiting the Harriet Beecher Stowe House, as well as to take part in a Sigma Tau Delta escape room and attend a bad poetry contest.

“Being around a large group of people who are passionate about the same things as you is always inspiring and fun,” said Alexander.