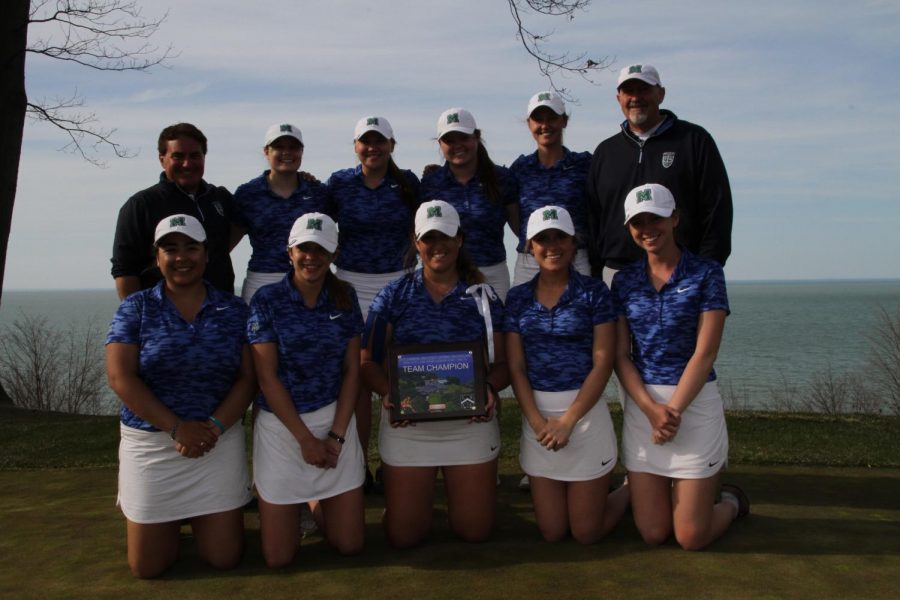 On April 21,Mercyhurst hosted the women’s invitational at Lake View Country Club in North East. The women’s team finished first overall in the invitational with a score of 338.

The men played at Gannon’s invitational at Whispering Woods Golf Course. They placed fourth with a score of 313.

For the women’s team, Bridget Merten led the Laker’s team with a score of 83. Abigail Vietmeier recorded an 86, and Georgia Capotis shot an 85.  “Due to the snow from earlier in the week, we had to play lift, clean, place,” said Merten. “This effected how we played. The ball didn’t roll, which made it difficult to reach the greens at our usual distances.”

For the men’s team, Harison Laskey led the Lakers with a 73 for the event, finishing in third. Les Lancaster finished the event with a 78 and tied for 12th, and Adrian Larsen and Mitchell Smith  both shot an 81 for 24th place.

For the women’s team, Vietmeier led the Lakers with a score of 159, placing fourth. Merten shot a 172 and finished the event in a tie for 11th place. Claire Orr finished fifth with a 160.  Lancaster led the Lakers, finishing with a 155 and tying for sixth place. Laskey tied for ninth place with a 156, and Wesley Neal carded a 160, tying for 17th place.

“The girls this weekend took another step forward in their quest to become great players,” said head coach Ron Coleman. “First, they won when they had the lead after the first round and all the pressure was on them to perform the second day. They played better in the second round. They won when they expected themselves to win. Confidence is the golden ticket”.