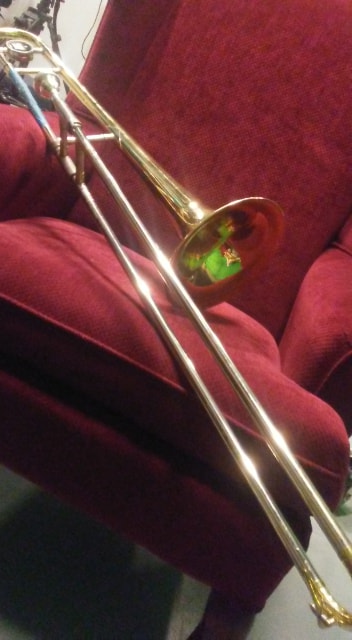 If you like jazz, you’re in luck because the Mercyhurst Jazz Band is at it again.
On Oct. 10 at 7 p.m. in the Performing Arts Center, this ensemble will present its first concert of the semester. This concert will feature seven charts and the theme is “The Doctor’s Mix.”
One chart is called “Catching the Sun” by Spiro Gyra, which features senior Jacob Bechter (Music Education) on trumpet and junior Miranda Wall (B.M. Music Therapy) on saxophone.
Another chart that will be played is called “Cruisen’ for a Bluesin” and was written by Maynard Fergusen.
“Count Bubba” by Gordon Goodwin is another big hit with the band, which features each section in a super swinging set.
Scott Meier, Ph.D., said that this concert features several popular charts in the jazz world.
Freshman Greta Stoner (Music Education) said, “My favorite chart on the concert is ‘Coconut Champagne’ written by Maynard Fergusen because it has come together really well and it is really fun to play.”
Junior Lauren Tucci (Music Education) says her favorite chart is “A Mis Abuelos” by Arturo Sandoval because “it has a nice upbeat Latin feel and I like getting to play the bongos.”
The soloists featured in this concert are: Bechter on trumpet, sophomore Ethan Wicker (Music Education) on percussion, Tucci on percussion, senior Christian Goulione (Music Composition) on piano, Stoner on saxophone, senior Martin Webster (Music) on trombone, sophomore Nora Butterfield (Applied Forensic Sciences) on trombone, junior Bernard Garwig (Intelligence Studies) on trombone, senior Stephanie Dowling (Music Education) on bass; Wall on saxophone and freshman and John Hetrick (Music Education) on trumpet.
Admission is $2 for Mercyhurst students with ID, faculty and children 12 years old and younger.
General admission is $5.
Come out and show your support for the Mercyhurst Jazz Band.