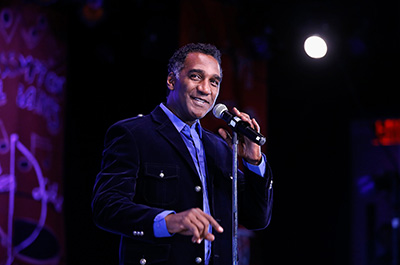 Norm Lewis is coming to Mercyhurst as a guest artist in the Mercyhurst Institute for Arts & Culture series.
Norm Lewis made his Broadway debut in 1993 and has done extensive work both on and off Broadway.
Off Broadway, Lewis has performed in “Dessa Rose,” “Ragtime,” “Dreamgirls,” “Sweeney Todd” and “The Fantasticks,” among others.
On Broadway, he has performed in “Porgy & Bess,” “Sondheim on Sondheim,” “The Little Mermaid,” “Les Misérables,” “Chicago,” “Amour,” “The Wild Party,” “Side Show,” “Miss Saigon” and The Who’s “Tommy,” in which he debuted.
In addition, Lewis has been on the big screen in the movies “Magnum Opus,” “Winter’s Tale,” “Sex and the City 2,” “Confidences” and “Preaching to the Choir.”
On television, he has appeared on “Gotham,” “The Blacklist,” “Blue Bloods” and in the recurring role of Sen. Edison Davis on “Scandal.”
He also was on PBS’s Live from Lincoln Center production of “Show Boat” with Vanessa Williams, in “Norm Lewis: Who Am I?” and in “New Year’s Eve: A Gershwin Celebration” with Diane Reeves.
Most recently, Lewis was seen on NBC’s special of “Jesus Christ Superstar Live in Concert,” in which he worked alongside John Legend, Sara Bareilles and Alice Cooper.
In 2014, Lewis was recognized for making history as the first African American to perform on Broadway as the Phantom in “The Phantom of the Opera.”
Lewis has received numerous nominations for awards.
In 2005, he was a nominee for Outstanding Featured Actor in a Musical from the Drama Desk Award for his performance in “Dessa Rose.”
In 2012, he was nominated for a Drama Desk Award, an Outer Critics Circle and a Tony Award for his performance in “Porgy & Bess.”
On Nov. 1 at 1:30 p.m., Lewis will be teaching a master class in the Walker Recital Hall that will be free and open to the public.
The students who will perform are Aaron Holman, Alexis Webb, Jacob Tretinik, Abby Larimore, Erin Fink and Jillian Johannes.
Lewis will also be performing a concert on Nov. 2 at 7:30 p.m. in Walker Recital Hall.
Tickets for the Friday concert can be purchased in the Box Office.
Adult tickets are $30, senior tickets are $25, and student/youth tickets are $20.
As always, they are free to Mercyhurst students with an ID.