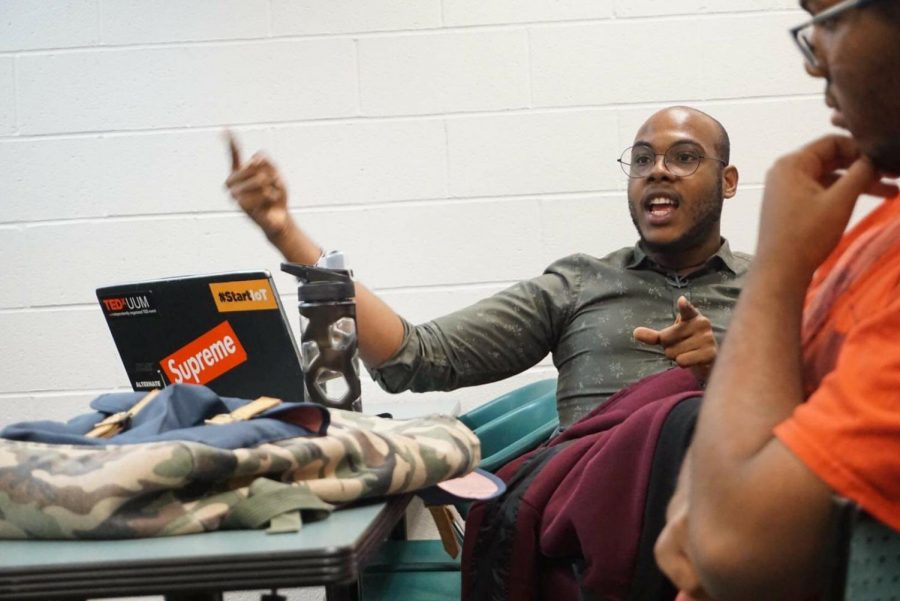 Mercyhurst students led a debate on the hot topic of immigration this week, ahead of the impending midterm elections. The debate was held in Hirt 213 on Oct. 24 with the goal of bringing students together to discuss a contentious issue that is often avoided as a topic of conversation.

Juniors Megan Quinoñes and Luis Flores, who were able to organize this event with the help of a grant, led the student debate.

The discussion was moderated by both of these students and held in conjunction with the Mercyhurst International Students Association.

About 200 other universities also received a grant to organize a “day of action” and to talk about social justice issues. The goal of the evening was to allow students to make their voice heard and to engage in a candid, evidence-based conversation on immigration policy.

Flores, a History and Economics double major, explained the purpose of this event in his eyes.

“We hoped to bring people together to discuss the intricacies surrounding the immigration debate. People were encouraged to share their whole beliefs on the topic so that we could share accurate information that would dispel any harmful misconceptions. Overall, the activity proved effective, with plenty stating they left better informed than when they came,” Flores said.

The moderators wrote on the board, “The United States federal government should substantially reduce its restrictions on legal immigration to the United States.”

Students were then able to pick a side of the room to sit at depending on the extent to which they agreed or disagreed with the statement.

Both teams then had time to refute arguments without bringing up any new points. The proposition discussed outsourcing of jobs and the need for migrant laborers, the decreasing American birth rate (which may cause a labor shortage that immigration could fill) and the impracticality of completely rigid immigration laws that drive people away from finding a legal route into the nation.

The opposing side’s opening argument focused on the need to protect the borders, look after American citizens first and ensure against disease, crime or terrorism entering the country from immigrants.

Both sides also felt that the motion on the board was vague and needed clarifying definitions to establish the meanings of relative words like ‘substantially’ and ‘restriction.’

One issue that was contested was the idea that tighter immigration laws only increase illegal immigration because coming to the U.S. legally feels almost impossible. Disagreement emerged over whether or not having fewer restrictions is simply pragmatic or if ignoring illegal immigration sets a bad precedent of not enforcing the law.

The debate went back and forth, with both sides making arguments and with the other side responding.

Another point contested was that immigrants do the jobs that Americans don’t want to do, like landscaping, construction and field work.

Both sides also discussed types of immigration and visas, such as those who come here as students, as highly skilled workers and those who flee horrific situations to seek asylum.

The topic of Syrian refugees was central and also sparked a lively debate. Both sides discussed the morality of the Muslim ban and the obligations of America to other people as one of the richest countries in the world.

The initial debate lasted over an hour. When it was over, the moderators began to explain the problems with each point, from both sides, and debunked some common myths or misconceptions about immigration.

Those who took part received stickers and T-shirts and hopefully left feeling far more informed than they did upon arrival.

Some things that both sides found common ground on were providing a pathway to citizenship for undocumented immigrants with clean records who have been in the United States for a while, and screening of people for past criminal records or disease.

While both sides did find some common ground, the biggest takeaway from the evening was how opinions on immigration can be misconceived, and that it helps to discuss issues regularly and continue learning as policy and public opinion change.