Sophomore Evann Parker passed away Monday, Aug. 15, due to complications from leukemia.

After finishing her fall trimester in the 2010-11 school year, Parker had to medically withdraw from Mercyhurst College to undergo aggressive chemotherapy to treat the leukemia. 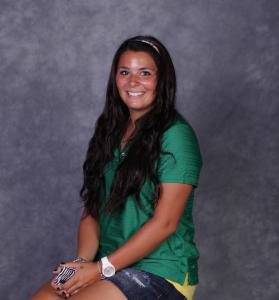 Parker was an undecided major who was a member of the women’s golf team. She was from Calgary, Alberta, Canada. She loved animals and was thinking of becoming a veterinarian.

Parker is missed by friends, teammates and coaches alike.

Coach John Marchetti, one of the coaches who originally recruited Parker, said her diagnosis in January 2011 was “as big of a shock to me as it was to everyone on the team. It was hard to conceive that it could happen.”

Her “had to beat it” attitude gave her teammates hope that she would be able to return.

“She took the winter term off, but her plan was to come back in spring 2011,” Marchetti said.

Another of her coaches, Dan Steen, said Parker “will be dearly missed as a player and as a kid at Mercyhurst College.”

Parker was an excellent golfer and was ranked number one on the team her freshman year and in the top five during her sophomore year.

“She definitely helped our program with our competitiveness,” Marchetti said. “She was arguably our best player.”

Steen agreed. “Her scores reflected her ability,” he said.

Parker will be missed among her teammates, coaches, friends and roommates not only because she was a star athlete, but also because of who she was.

“She was a good player, but more importantly, she was an all-around great person,” Steen said.

“We instantly clicked when we moved in for golf early our freshman year,” junior Breda Knott said.

“We’ve been best friends ever since. We did everything together, and sophomore year we became roommates. She was an amazing person—there was something about her,” Knott added.

Parker had many unforgettable qualities.

“She always knew how to put a smile on your face,” junior Veronica McCoy said.

McCoy was a friend and roommate of Parker’s and said that Parker could “make anything memorable.”

Sophomore Lindsay Gotkin surprised Parker at her home in Canada over the summer to cheer her up. Gotkin was in the airport on her way home from the visit when she got the call that Parker had died.

“I was just so glad I got to say goodbye,” Gotkin said.

“She was strong and super positive— there were never tears in her eyes, and she never wanted people to feel bad for her,” Gotkin said. “Her family described her as ‘stoic.’ She fought the disease head on and wanted to come back to school really badly,” Gotkin said.

And her coaches agree. “She was serious but also liked to have fun. She was funny, kind and your typical fun-loving athlete— that is how I will remember Evann Parker,” Steen said.

“She was definitely a leader,” he added. “She was one of the best I ever coached, and not just because she was a good player. She was well-liked and well-respected.”

Numerous events have been held in her honor, including a blood drive and a tribute service, both of which took place in Canada.

Donations can be made directly to the Leukemia & Lymphona Society, which Parker was an active member of before her death. So far the group, called Support Evann Parker, has 814 members and has raised $11,950.32. The group urges people to give in the form of a blood donation.

The cause can be found here.

Marchetti said they are “still looking into options as a team” as to how they will honor Parker.

“This has taught me that life is so precious. Carpe Diem, seize the day,” Steen said.

Her obituary can be found here.