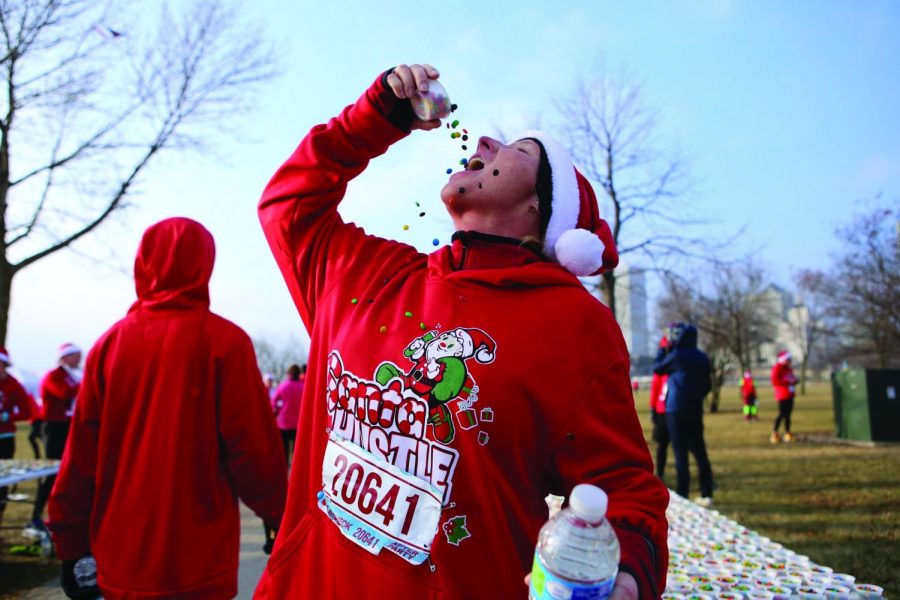 On Dec. 8, downtown Erie is going to look like the site of a North Pole invasion as the Santa Hustle 5K Race is hosted in the city.

“We have been talking with representatives from the Santa Hustle Race Series for several years about bringing the event to Erie,” Emily Biddle, Marketing and Communications Manager for the Erie Sports Commission, said. “This year, they were looking to add new destinations, and when we brought the race director to Erie this summer, he really enjoyed what he saw. It worked out that we were able to host the event in conjunction with Erie Downtown Partnership, which is hosting its annual Downtown d’Lights event the night before the race, creating a great family-friendly weekend to kick off the holiday season in Erie.”

The Santa Hustle is an event hosted every year by Adrenaline Sports Management.

This year’s Santa Hustle is taking place in 11 cities across the United States, with this year being the first time it has been held in Erie. The races that make up the Santa Hustle are being held throughout the month of December, with Erie being the fourth race in the series.

“We want people in Erie – including families, friend groups and people of all ages – to view this as an opportunity to enjoy Erie’s downtown and kick off the holiday season in a fun and active way,” Biddle said. “There is so much going on in Erie at all times of the year.”

For the Erie iteration of the race, you can expect to see a mass of Santas at Perry Square. Perry Square is serving as both the event’s start and end point for the race. “In addition to the Santa Hustle 5K, participants can take part in lighting up Perry Square the night before the race, as well as take in an Erie Otters game Saturday night after the race, and there are tons of great dining and entertainment options to enjoy in Erie in between,” Biddle said. “We want to see hundreds of people fill downtown Erie that weekend and see all the fun that our city has to offer.”

Each Santa Hustle race also partners with a local or regional charity, where a portion of the proceeds will be donated to. For the Erie Santa Hustle, the Make-a-Wish Foundation for Greater Pennsylvania and West Virginia will be the benefactor. The race will be designated an official drop spot for Toys for Tots, the U.S Marine Reserve Program that collects new, unwrapped toys for needy children in the local community.

There are multiple Santa Hustle packages available to those interested in dashing through the snow on Dec. 8. Those who would like to participate in the Santa Hustle 5K can get full package tickets through Dec. 7 for $44.75 or on the race day for $60. Every standard ticket for the 5K comes with a Santa beard, hat, performance hoodie and a finisher medal. Runners can opt for the Basic Santa, which is $24.99 through Dec. 7 and have everything minus the hoodie.

“We are always looking for new, fun events to bring to Erie, and Santa Hustle really fits the bill,” Biddle said. “With some really fun Santa-themed gear given to participants and candy and cookie stations along the course, it’s very different from any other running event that has been hosted in Erie previously.”