Bidding for a good cause 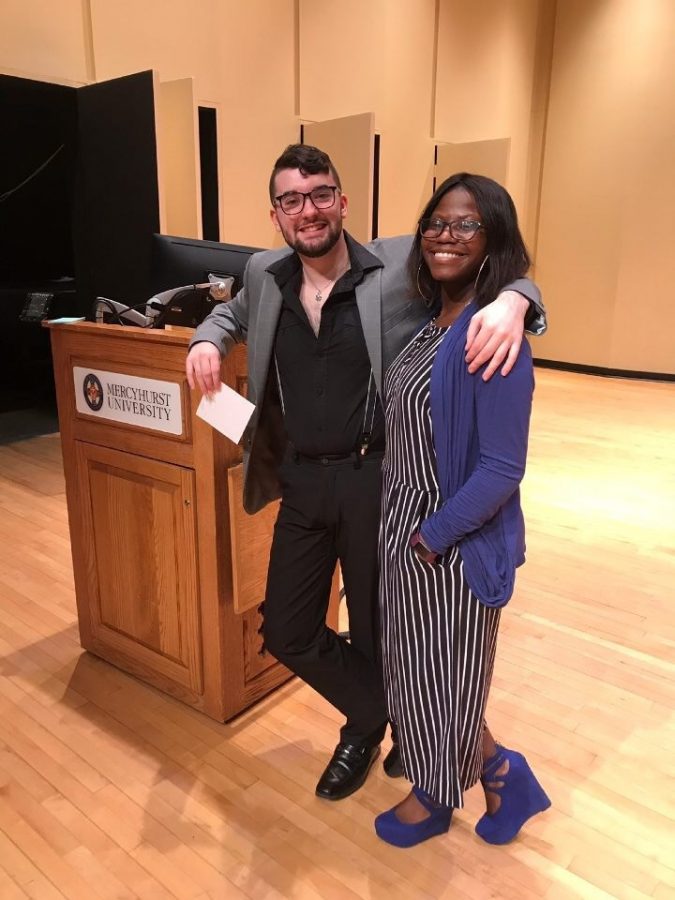 On Feb. 6, the Senior Class Gift Committee hosted the Senior Date Auction as one of its largest fundraising events of the year.

The ever-popular event, which took place in the Walker Recital Hall, was to be held the week before but had to be postponed due to the weather conditions.

The auction was still well attended by an audience that was very eager to bid on their fellow senior classmates and the accompanying gifts.

The event raises funds from its $4 admission charge and the money that people are happy to part with for a “date” with their favored senior.

Seniors Maddie Weitz and Christian Copper were the hosts of the auction event. Weitz is a Political Science major, and Copper is a Religious Studies and Intelligence Studies double major, with both also being members of this year’s Senior Class Gift Committee.

For Copper, the best part of the night was involvement from his peers.
“It was great to see all the people who chose to come out and support our cause. Even those who didn’t bid helped to create a fun atmosphere,” he said.

Indeed there were some intense bidding wars of the evening.

A range of gifts that were auctioned included vouchers to Blaze Pizza, an escort from Luke the Laker and lunch with Rhonda and President Michael T. Victor. Four tickets to the Erie Otters game brought in big money for the cause, as did the gift card to Aoyama Japanese Steakhouse.

Certain gifts, such as the gift card to the Cornerstone Bar & Grill, were unsurprisingly popular, and others like the reserved graduation seats sold at a much higher price than one would have expected.
The most expensive gift was indeed the front-row seats, which sold for over $160. Even the cheapest gifts sold for about $20, meaning that lots of money was raised for the Senior Class Gift.

Paul Cohen, senior Public History major, was one of the students who took part in the event. For him, it was an evening of fun for a good cause.
“I liked getting the prizes that I won, like a coupon for Calamari’s and a lunch with Jenell Patton. I was auctioned off for lunch with President Victor and I went for over $100 with that prize. It was a great event and great experience.”

The Senior Class Gift Committee is donating the money raised toward the Living the Dream scholarship, which, according to Copper, “will go to help a student who is making the best of their time here at Mercyhurst through an internship or field work.”

Given the amount the committee has already raised, this will certainly be a truly helpful way to give back to the university.

The Gift Committee is now edging closer and closer to its end goal of $20,000 in a scholarship fund.

Any juniors interested in getting involved with the gift committee for their class can look out for applications, which will appear near the end of this semester, as well as the last few fundraisers of this year.