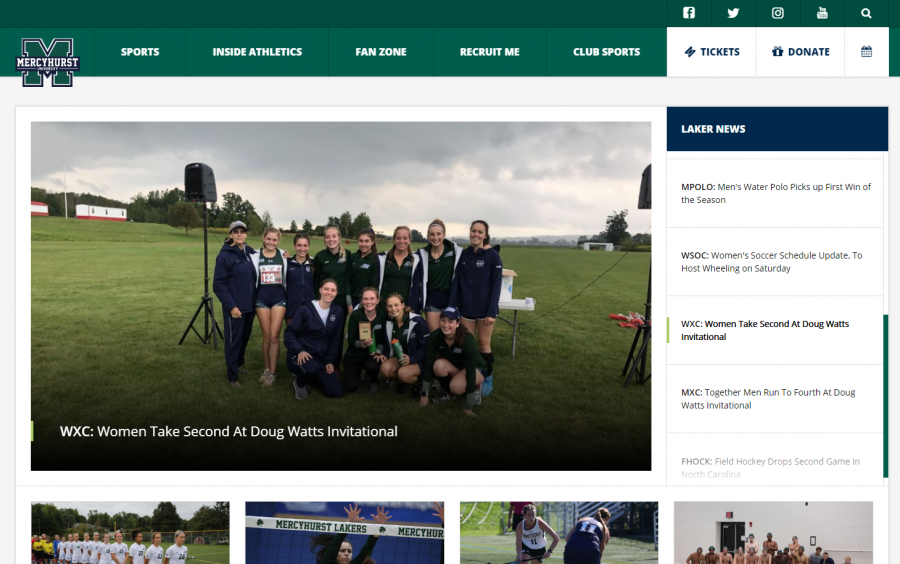 In conjunction with the redesign of the University’s website last year, the Hurst Athletics website also got a makeover last spring.

Although the two are unrelated, the relaunch occurred in perfect timing with the University’s Laker for Life Campaign in which every athletic facility on campus is being renovated for both functional and aesthetic upgrades. The new website is not only cleaner in looks, but also smoother and easier to navigate as well as mobile-friendly.

“We were overdue for a relaunch of the athletics website,” Athletic Director, Brad Davis, said. “A typical website lasts three to four years and we had just completed our sixth year with the last look. In the website relaunch process, we did prioritize trying to emulate our University’s website.”

Associate Director of Athletics and Senior Woman Administrator, Lauren Packer Webster, got the ball rolling with the process for the website relaunch. Over about a five-month process, Davis said that there were many initial meetings to discuss the layout and design of the websites new look.

Additionally, last March, Assistant Athletic Director for Marketing and Promotions, Will O’Leary, was hired and took charge of the redesign by working with Sidearm Sports, the Mercyhurst Athletics web client. Craig Butler was hired in July as the Director of Athletic Communications and teamed up with O’Leary to finish the project for the mid-August launch date. The website has now been live for a little less than a month, but according to Davis, the feedback has been nothing but positive.

Athletes have been enjoying the interactive aspects and featured information where fans can keep up with all of the action.

“I like the new section about the featured athletes and the videos about the big sports events. It’s also nice how the website features the club sports because a lot of people may not have even known about them before and they deserve recognition too,” junior soccer goalie and Sports Medicine/ Pre-Physical Therapy major Skylar Whitmore said.

The increased information and user-friendly nature has been a big plus for those who may not know where to find schedules, news or team rosters.

“I think the new athletics website is better because it’s easier to use and get information due to the layout,” Austin Baraona, sophomore soccer player and Business Competitive Intelligence major said.

The new look for the website will surely be an asset to Mercyhurst’s athletic programs as they continue to gain recognition. “We have received feedback from student-athletes, staff and alumni. We wanted the site to be more user-friendly and especially mobile-friendly, and I feel we accomplished that,” Davis said.