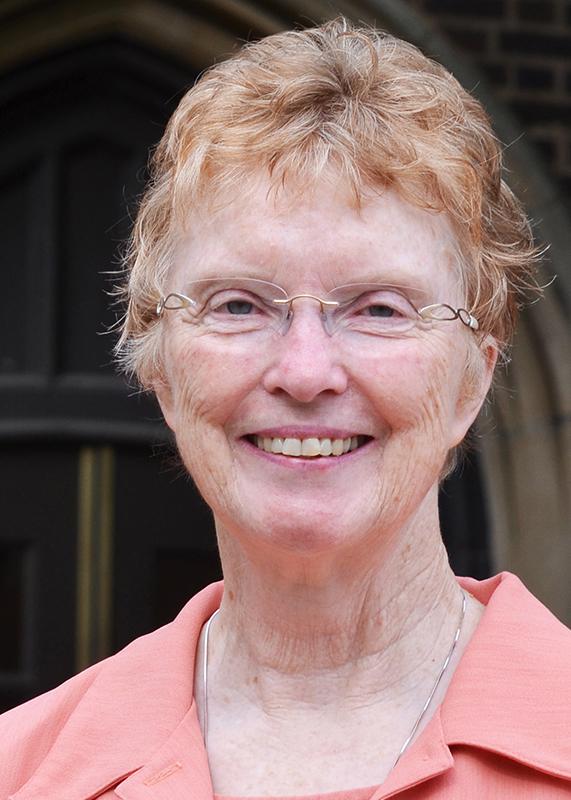 Sister Lisa Mary McCartney works in Mercyhurst’s Mission Office, which is a division of many Catholic schools’ administration that works to maintain Catholic values in the school system as the founding members, priests and Sisters become less involved in the institutions.

She founded Mercyhurst’s Mission Office in 2008, and has been integral to its success ever since.

Sister Lisa Mary held the position of Mission Associate for ten years, but decided to step down to pass the torch to the next generation.

Now, she advises Gregory Baker Ph.D, who took over her position, and works on more creative endeavors now that her time is not as consumed by administrative work.
Before working in the Mission Office, however, she was a student, teacher and professor at Mercyhurst.

As an undergraduate student at Mercyhurst, she heard the call to become a Sister of Mercy in the midst of the turbulent Civil Rights Movement, as her personal counter-cultural contribution.
The assassination of John F. Kennedy, the nation’s first Catholic President, left an impact on Sister Lisa Mary, motivating her to combine activism and her Catholic identity to jump start her vocation as a Sister.“I always felt, you know, there’s got to be more to life… I saw what people were trying to do to make a positive impact on society, and feeling like ‘what am I going to do?” Sister Lisa Mary said.

Sister Lisa Mary worked in the administration of the Sisters of Mercy Motherhouse for four years after her teaching career, and returned to Mercyhurst to start the Mission Office.

The Mission Office provides the Mercy Emissary program for faculty and staff, which hosts meetings once a month to discuss Catholic identity, values and practice in a university setting for employees who are interested in the values and history of the Sisters of Mercy and their legacy on campus. The program came out of the concern that the Mercy values could not continue on campus without a strong presence of the Sisters.

“There are so many people here who get the mission, who have the values, who have a love of the institution, and have the understanding that a Mercyhurst education contains a strong component of service,” Sister Lisa Mary said.

“If I were a student now and I was trying to get my bearings in the political realm, I would certainly want to take a course in Philosophy or Catholic social teaching. I think those help in understanding the common good, which I think is getting lost.”