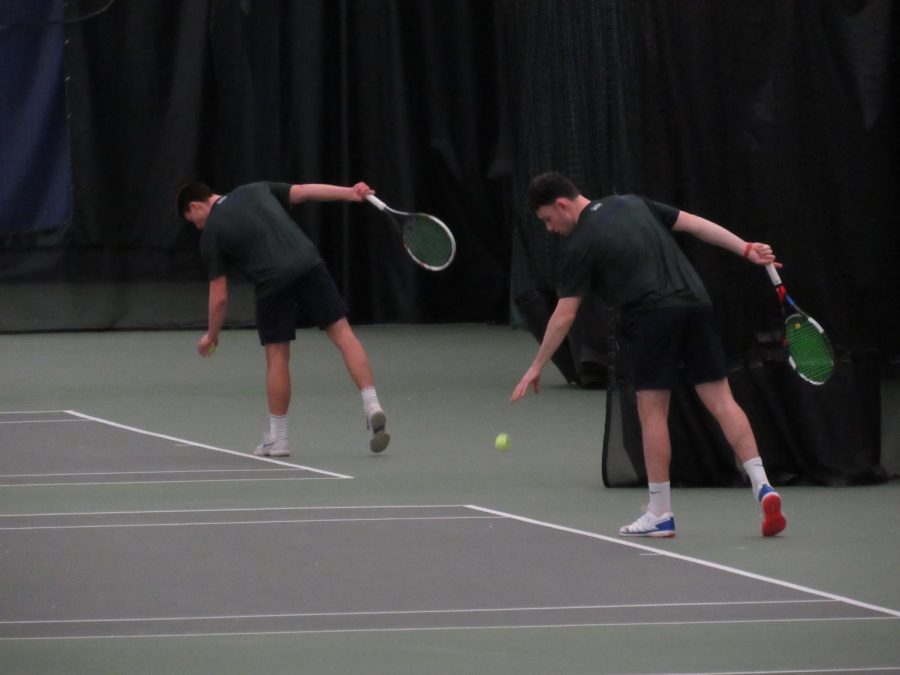 On Saturday, Feb. 15, the Mer Mercyhurst women’s tennis team began its 2020 portion of the season with a 5-2 loss to St. Francis University (SFU).

At No. 6 singles, Mercyhurst freshman Alana Lewis defeated her opponent Vivien Ruettgers, 6-0, 6-1. In doubles, No. 1 Plecevic and Ostojic were defeated by Gutier rez and Seigford, 6-3. At No. 2, Gordon and Jahr fell to Cutipa and Rossa, 6-4. The Lakers’ Janice Theodora and Tsagkaraki defeated Ma-Ajong and Ruettgers at No. 3 doubles, 6-0.

“I think this match definitely gave us a better perspective of what we will be facing for the next few weeks,” Lewis said. “I believe that this upcoming season is going to go really well and I’m excited to be working with such a wonderful team.”

The Mercyhurst women’s tennis team has a 2-0 record from the fall season with wins over Kutztown and East Stroudsburg.

At the beginning of the spring season, they were ranked fourth in the Oracle/Intercollegiate Tennis Association Division II rankings. The Lady Lakers returned to Westwood Racquet Club in Erie on Sunday, where they bested Daemen College by a score of 6-1.

That same day, the Mercyhurst men also defeated Daemen College, 6-1, at West wood Racquet Club. The win came on the heels of a 7-0 win over FrancisUniversity on Saturday.

The Lakers currently sport a 2-1 record, having sustained a 5-2 loss in their first team match to Hillsdale College on Feb. 7.

SFU’s Banti and Teixeira fell to Sklyarov and Gonzalez at No. 2, 7-6. At No. 3, Sadhvani and Pardo won over Garcia and Ghi giarelli, 6-0.

The 2019-2020 season marks the final year for seniors McCoo ey, Sklyarov and Pardo.

“We have a really strong team this season and expectations are high, but most importantly, we focus on making each other better,” Sklyarov said. “Playing on

means a lot, but being able to play with your friends is so much better.”

At the beginning of the spring season, the Mercyhurst men’s tennis team was ranked second in the Oracle/Intercollegiate Tennis Association Division II Rankings.

Both the women’s and men’s teamswillfacetheUniversityof Charleston on Feb. 22, at 6:30 p.m. at the Erie Westwood Racquet Club.