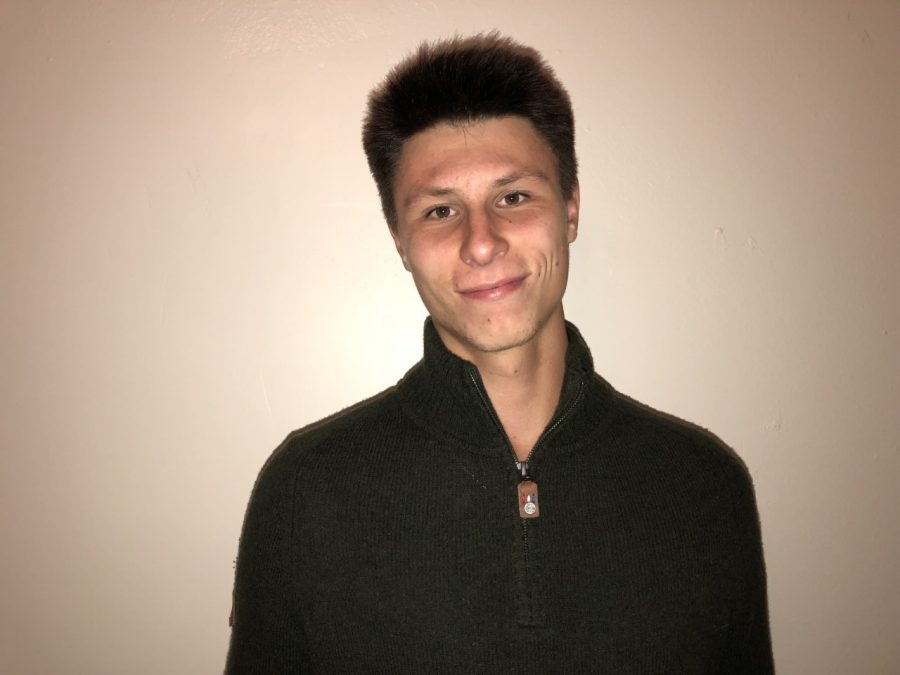 An exhausted student drifts home after hours of studying in the library for exams. They collapse onto their bed. and just want five minutes of scrolling through social media before returning to the responsibilities calling their name.

While going through Twitter, they find a post about the protests in Kenosha, Washington. However, lacking more information and being too exhausted to actively seek more, they simply “like” and scroll away.

This raises an interesting question about the quality of time spent on social media. Should scrolling be done with more of a purpose?

Mercyhurst graduate Arseniy Sklyarov is answering this question with his new website, Moralyzer.

Sklyarov graduated in the spring of 2020 with a degree in Finance and Business & Competitive Intelligence, but is back at Mercyhurst online to finish an additional master’s degree in data science.

This did not stop him from simultaneously developing his website full-time.

The site diverges from the big conventional platforms by directly aiming petitions and content at officials. This differs from the standard internet outcry that typically has to reach a certain activity threshold before notice is taken by those in charge.

“Moralyzer is more necessary than ever with the 2020 Black Lives Matter movement, and the ongoing fight for social justice,” Skylarov said.

He also adds that younger people recognize the need for social change and emphasized the demand for justice for all minorities. Conventional social media is built passively, while Moralyzer is far more active. Or as Sklyarov puts it, “reactive”.

The new feature will be a combination of all that person’s social media posts which can be viewed in easy to see cards.

Moralyzer also sports a functional donation feature which makes it simple to give to any cause that comes up on the feed. The site does not take any portion of the donations, but rather takes an organizational role.

Sklyarov is also dedicated to providing food and water for those in need by using Moralyzer’s increased organizational capacity. Additionally, users will remain entirely anonymous if they so wish.

Currently Moralyzer is in the early phase of development, but has progressed rapidly. Sklyarov states that by Sept. 6 there will be a fully functional beta. By Oct. 6, the site will be launched and ready for all users.

Why should you get involved? “It all starts right here,” Sklyarov said. “Mercyhurst is a pretty liberal university with a lot of students that can make tangible change.”

Rather than seeing a headline and moving on, users will easily interact with content, bringing about higher quality time spent online. This is in direct opposition to so-called “slacktivism,” which involves being active on social media over making real social change.

So imagine the precious minutes that a student spends mindlessly scrolling, is repeated by the millions of people on the platform. That is a recipe for change.