MU participates in nationwide ‘red alert’ campaign for the arts 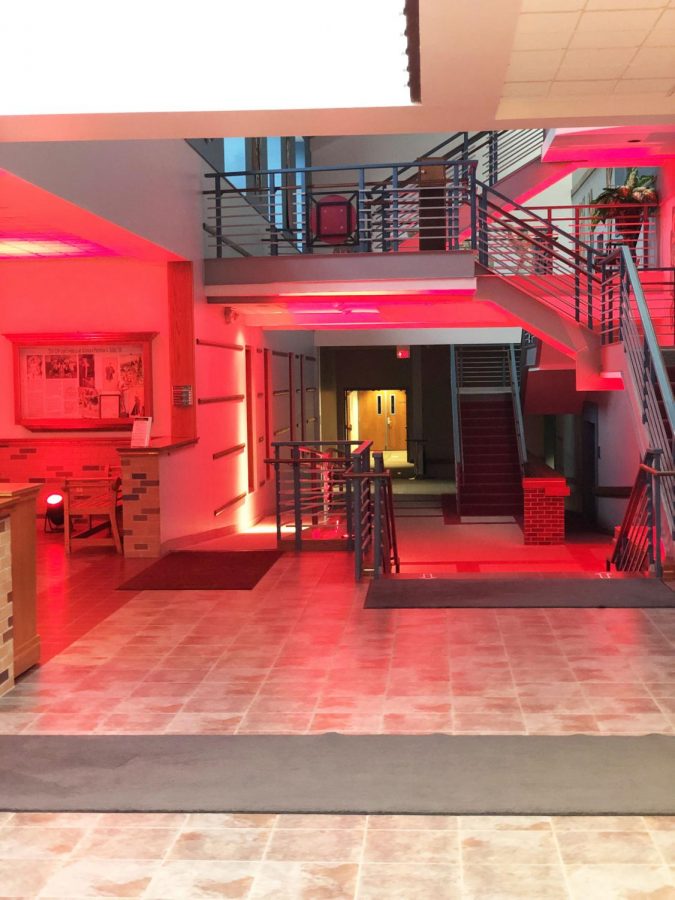 On Sept. 1, numerous performing and visual arts arenas displayed red lights in solidarity with the struggling arts industry amid the pandemic.

According to #WeMakeEvents, 95 percent of live events were cancelled during the pandemic, and 96 percent of live entertainment companies cut staff and wages. Live events are not expected to fully resume until well into 2021, perhaps not even until the fall. This leaves thousands of not only performers, but lighting designers, technical directors, stage hands and even instrument tuners unemployed for over a year.

While the goal of the government has been about getting employees back to work, it is also about keeping those employees safe. What are performance-related employees supposed to do when their job is deemed unsafe?

The Red Alert Campaign of Sept. 1 commenced with the goal of raising awareness to legislatures about this devastating reality as Congress drafts a new federal relief bill. Local rock clubs nationwide began to hire lobbyists as they faced permanent closure threats. Live entertainment from concert halls to bars and clubs is in great peril. We risk losing these essential aspects of our American and global culture.

The Red Alert Campaign sought to create a movement both socially and politically to save the live entertainment industry — including its importance, its revenue and its employees.

Not only did he decide to participate for a show of solidarity with his fellow behind-the-scenes workers across the globe, he also did so in support of the recently graduated seniors who were looking forward to careers in the arts.

“Seniors were never able to have their final performances on stages they’ve spent four years on,” Ferguson explained. “On top of that, they were sent out into a world that was completely different than what they had known two months before.”

Looking to the near future, things seem to be bleak. “Financially, nearly all of these programs rely on ticket sale revenue to support the ongoing performances in the future, and this complicates moving on down the road immensely,” Ferguson said.

C. Noelle Partsuch, Dance Department chair, hopes that though small artistic companies will struggle to get back on their feet, their time will come again.

“The performing arts will always be a part of our society. Performers entertain, yes, but they are also expressing their voice,” said Partusch. “The arts will be slow to come back to where they were because, at the building levels such as community theater, private dance schools and small regional companies, there isn’t the extra money set aside to just start where they left off.”

Whether or not the Red Alert Campaign served its intended purpose remains to be seen. If nothing else, Ferguson maintains that Mercyhurst’s show of support aligned with one of the school’s core values. “Being socially merciful is more than just feeling empathetic towards one’s plight; it’s acting upon that empathy so people know someone is standing next to them in support.”