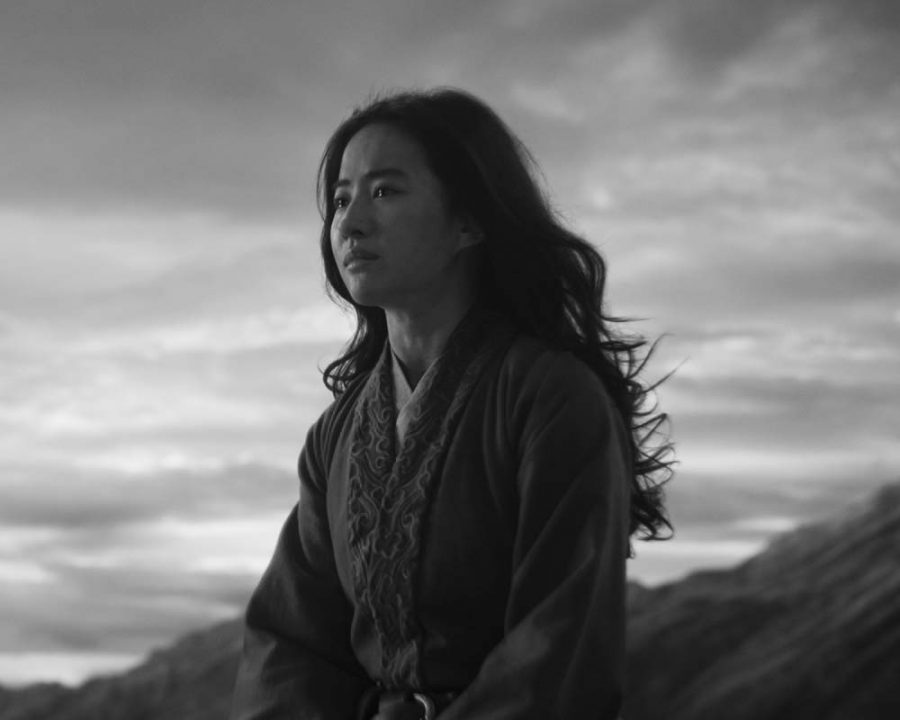 Released on Sept. 4 to Disney+ users who pay for Premier Access in North America, the new live-action “Mulan” movie will cost those interested in watching a pretty penny until Dec. 4, when it is released to everyone with a Disney+ subscription.

Originally set to be released in theaters in March, Disney had to switch gears once the COVID-19 pandemic hit.

While the movie has been acclaimed by critics for its costumes and other jaw-dropping visual elements, the movie has seemed to garner more criticism from those who loved the classic exactly as it was.

“Overall, I really enjoyed the movie. However, if you expect it to be like the original, you will be disappointed. I would say that the remake is more culturally accurate compared to the classic,” Springer said.

With tensions heightened towards those of Chinese descent due to COVID-19 originating in Wuhan, China, the movie’s gross revenue generated around $69.6 million worldwide, in comparison to the other live-action remakes. To put it simply, “Mulan” did not do well.

In comparison to the box office earnings of the other live movies worldwide, “Beauty and The Beast” grossed $1.2 billion, “Aladdin” $1 billion, “Maleficent” $758 million and “The Lion King” $1.6 billion.

For many viewers, with theaters closed due to the virus, those who would have gone to watch the movie in theaters were stopped by the multi-level membership access (Disney+ membership and premier access) needed to watch, in addition to the $30 to buy it.

With mixed reviews from friends and critics alike, many were not sure if the movie was worth the $30 without fan-favorites Mushu, love interest and captain of the Chinese army, Li Shang, as well as the classic song “I’ll Make A Man Out Of You.”

“I liked the classic better because there was singing and Mushu. I also grew up watching the animated version which is also why I think I like the classic better, but I would still recommend watching it [the live-action],” Springer said.

With an all Asian cast, acclaimed filmmaker Niki Cargo brought the essence of Mulan’s character to life even without the songs and iconic characters: a brave young woman who risks her life for her family and country, masquerading as a man and becoming one of the greatest warriors in the Chinese Imperial Army. Yet while the goal of the movie was to make it more realistic, there is still a woman who can shapeshift into a falcon (Gong Li playing Xianniang).

Even with this blatant choice of unrealistic character amidst a cry for realism, some did enjoy this new spin on a classic story.

“My favorite character was the falcon. I enjoyed how much they made the falcon human as well. It brought to life the struggles the falcon had, whereas in the classic we just saw the falcon as a bird and not really a main character,” said Springer.

In the movie, the eldest daughter of Hua Zhou, Mulan (Yifei Liu) defies tradition and the law by disguising herself as a man named Hua Jun to enlist herself in the Imperial Army, to take the place of her aging father. She had to enlist in the army due to the Huns trying to invade China with their leader Borji Khan (Jason Scott Lee) fighting them every step of the way.

Compared to the classic, this movie also contained a lot of intense fight scenes – but since it was produced by Disney, there was no gory blood in the scenes.

Going into watching this movie, I had mixed feelings. While I want the movie to be successful due to its all Asian cast and focus, I was also disheartened to hear that Mushu and Li Shang and the songs were going to disappear. Being adopted from China, the classic “Mulan” was always a favorite of mine because she was a Disney princess who looked like me. However, I am not sure that I would say the live-remake is worth the two-level paywall to watch it. While I loved the cinematography of the movie which was done excellently, I am a little jealous of the other live remakes that got to keep their classic songs that make a Disney movie a Disney movie.

If every live-action remake was made to be more culturally accurate that would be a different story, but the fact that the live-action “Aladdin” (also a film which contained PoC characters) got to keep some of their songs, albeit modified, irks me a little bit. But, I digress.

I would personally recommend waiting until Dec. 4 when the movie is released to all Disney+ members and the second paywall of $30 disappears to watch this movie and form your judgment.