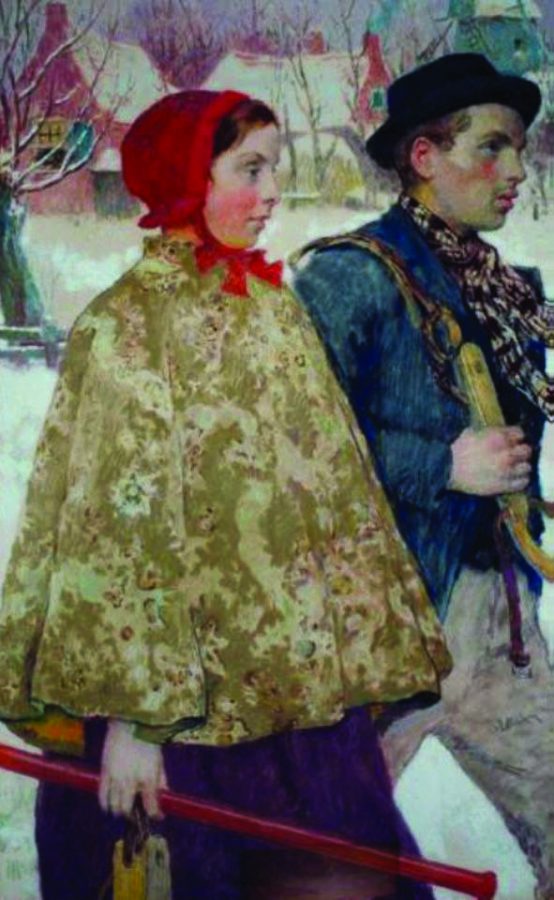 In 1933, a Jewish family escaped Germany to flee the onslaught of the rising Nazis.

During this period, the Nazis looted artwork from this family.

One of these paintings was entitled “Winter,” painted by Gari Melchers, and finally, after 87 years, has been returned to its rightful owners.

The painting had initially belonged to the Mosse family of Berlin. However, they spoke out against the rise of the Nazis early on in their newspaper, “Berliner Tageblatt.” This caught the attention of the Nazis, who publicly criticized the family and ultimately looted their extensive artwork collection, which consisted of over 200 art pieces.

“Winter,” a painting of two young skaters, was officially returned to the family in a repatriation ceremony on Oct. 15 in Albany, New York.

“The Mosse family lost nearly everything because they were Jews, but they did not lose hope,” said Acting U.S. Attorney Antoinette T. Bacon in a press conference. “While this certainly does not take away the pain that the Mosse family endured, I hope it provides the family with some measure of justice.”

To assert their dominance during their conquests, the Nazi regime stole thousands of pieces of art from Jewish families between the 1930s and 1940s. They would also force the families to sell them the art pieces for a fraction of their cost as they fled the country.

More than 25,000 stolen objects have been found in a database of looted artifacts, but experts believe that the number could be much higher.

The patriarch of the family was Rudolf Mosse, a prominent publisher. After he died in 1920 and his wife in 1924, the art collection was passed down to their daughter.

When the Nazis came into power, the Mosse family fled to the United States, but “Winter” did as well.

Businessman Bartlett Arkell purchased the painting from a prominent gallery in 1934, seemingly unaware that the painting had been stolen. Since then, the painting remained in the Arkell Museum in Canajoharie, New York.

Ultimately, the museum surrendered the painting to the FBI in 2019 when it learned the painting had been stolen. It is now in the hands of the Mosse Foundation, which represents the remaining heirs of Felicia Lachmann-Mosse, the only daughter of Rudolf Mosse.

Since 2011, the Mosse Art Restitution Project has been working diligently to reclaim the more than 1,000 art pieces that were stolen by the Nazis and return them to their rightful owners.

“It was one of the first large expropriations undertaken by the Nazis, a template for what became, unfortunately, a well-oiled machine,” said Roger Strauch, president of the project and the step-great-grandson of Rudolf Mosse.

There have been three dozen successful restitutions of more than 50 art pieces of the Mosse family, according to Strauch. There are also eight ongoing restitutions in Poland, Sweden, Germany, Israel and the U.S. These are just the first steps in bringing the Jewish art pieces back to their original grandeur.