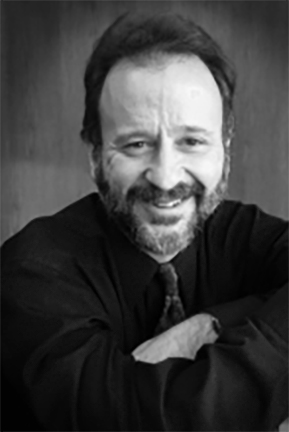 This year has undoubtedly been an eventful one. Long-time Mercyhurst history professor, Chris Magoc, Ph.D., is seeking to make sense of it with his upcoming book chronicling the United States’ history over the past 75 years. The book, “Truman to Trump: A Progressive History of the United States Since 1945,” will be the seventh book in Magoc’s oeuvre.

The project is undoubtedly ambitious. Magoc described it as “the story of this country in a hundred and fifty thousand words, from World War II to the present moment.”Currently, Magoc is revising the twelfth and final chapter to reflect the results of the 2020 election. From there, he’ll move into the full revision process. Given that the first draft measured an impressive 190,000 words, the revision could seem like a daunting task. Magoc has to trim off 40,000 words in order to meet the publisher’s length requirements. But, he’s approaching the task with optimism.“Good writing is good revising, I’m glad for the challenge they’ve imposed on me to shrink this thing down to 150,000 words,” said Magoc.

Magoc initially began work on this book in 2012, for a different publisher. He put it on hold to write a four-volume encyclopedia on American expansionism and imperialism at that publisher’s behest. That project spanned three and a half years, and a year after its 2015 publication, the 2016 election prompted Magoc to resume work on his post-1945 chronicle. A sabbatical in 2018 enabled Magoc to complete the bulk of the work. The project was not without challenges, however. Due to changes in the original publishing company, including their requirement that Magoc trims 70,000 words off the first draft, Magoc searched for a new publisher. He found a willing publisher across the pond — Britain-based Routledge agreed to publish the work, only requesting a 40,000-word trim, and Magoc was back on track. As an author with Routledge, Magoc finds himself in good company.“They published Bertrand Russell and Albert Einstein and a bunch of other huge thinkers of the twentieth century,” he said. “I’m humbly in some pretty revered company. I’m pretty psyched.”

According to Magoc, teaching and scholarship projects such as writing books and papers go hand-in-hand.“You never really know something un-til (a), you’ve taught it, and (b), you write about it,” said Magoc. He’s grateful, he added, that Mercy-hurst supports its faculty in their scholarly pursuits since those pursuits provide instructors with essential opportunities for growth.“To be forced by way of a scholarly project to really look at different aspects, different dimensions of history you thought you knew, makes you a better instructor.”

Magoc is in his twenty-second year as a full-time Mercyhurst professor, and he has been teaching a class at Mercyhurst on American history post-1945 for even longer. It was this class that inspired him to begin work on “Truman to Trump.”In gratitude for the inspiration he’s received from the experience of teaching that class, Magoc will be dedicating his new book to the students he’s had over the years. The task of revising the work to meet a June 2021 deadline would keep Magoc busy in itself. Still, he’s also planning to re-visit a previous book — Yellowstone, on the famed national park — in the coming months.

Scholars at Montana State University are planning an event series on Yellow-stone to celebrate the park’s 150th anniversary. In recognition of Magoc’s work on the topic, they invited him to participate in the events and write a piece for it.

All in all, it’s shaping up to be a busy year for Magoc, and though the COVID-19 pandemic has disrupted daily life as we know it, it’s had one benefit.“I’m teaching from home, so I’ve had a little more space and time to work through those revisions,” said Magoc. But the constant developments in national news, including timely news regard-ing Trump, have posed their own challenges.“I’m a little more easily distracted than I should be by the news of the day,” said Magoc. Still, he’s on track to publish “Truman to Trump” in late 2021 or early 2022, just over a year from now.

When asked what guidance he’d give to aspiring writers, Magoc offered some advice.“Read and write,” he said, “the more we read, the better writers we become.”He offered inspiration, too.“Whether you’re writing fiction or non-fiction, never doubt that you might have something valuable to say.”The Mercyhurst community is excited for Dr. Magoc, and we cannot wait to get our hands on the material upon publication.