Painter continues to work despite ALS 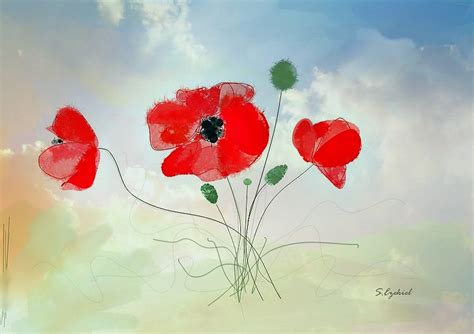 It is well-known that amyotrophic lateral sclerosis, also known as ALS or Lou Gehrig’s disease, can be extremely debilitating to those who suffer from it.

People who were once extremely active can be in a wheelchair and using a feeding tube in a matter of months. Stephen Hawking lived for over 50 years with this disease, which often kills people within two to five years. Stephen Hillenburg, the creator of “SpongeBob SquarePants,” died in 2018 after being diagnosed with ALS the previous year.

ALS is, in a sense, a death sentence for those who are diagnosed with it.

The same can be said for London-based artist Sarah Ezekiel. She showed no signs of the disease until 2000, when she was 34 years old and pregnant with her second child. She noticed some weakness in her left arm and slurring of her speech, and was diagnosed with ALS within months.

“My life was pretty normal before,” Ezekiel said. “I was a fulltime mom and used to cook, clean and go to the gym regularly.”

Now unable to move or even speak, Ezekiel uses a special technology called “Eye Gaze” that still allows her to pursue her passion. She began using the device in 2012 and her first work, titled “Peaceful Warrior,” took its name from the title of a book by Dan Millman.

“It was originally supposed to illustrate despair, but the finished result had a totally different feel,” said Ezekiel. “Eye Gaze” is just one of many assistive technologies that have been used by those with ALS and other debilitating diseases. Stephen Hawking was able to control communication software using an infrared sensor mounted on his glasses that detected movements in his cheek.

Ezekiel’s work has been displayed all across the United Kingdom and even as far as Qatar, but she says she is still learning and there are always new techniques.

“When I’m creating, I’m totally focused on my work,” said Ezekiel. “All of my problems disappear.”

Computer-based art has dated back to the 1950s, and famous painters can now trade their paintbrushes or pencils for an iPad or computer and lose none of their flair. Ezekiel is no exception.

“The odd thing is that my style hasn’t changed,” said Ezekiel. “My Eye Gaze work resembles work I did with my hands before.”

Ezekiel hopes that she can exhibit her works once again when the UK is free of the coronavirus, but until then she continues to sell her work online.

“Being an artist because of technology has totally improved on life and opened up many other possibilities for me,” said Ezekiel. “I couldn’t create for years and it’s fantastic that technology has made it possible again.”

Having ALS for over 20 years, Ezekiel’s life expectancy with this disease has surpassed others by nearly ten-fold. Whereas most people suffering from this disease would want to throw in the towel from the moment they’re diagnosed, Ezekiel took this as an opportunity to create art in a way that has never been seen before.