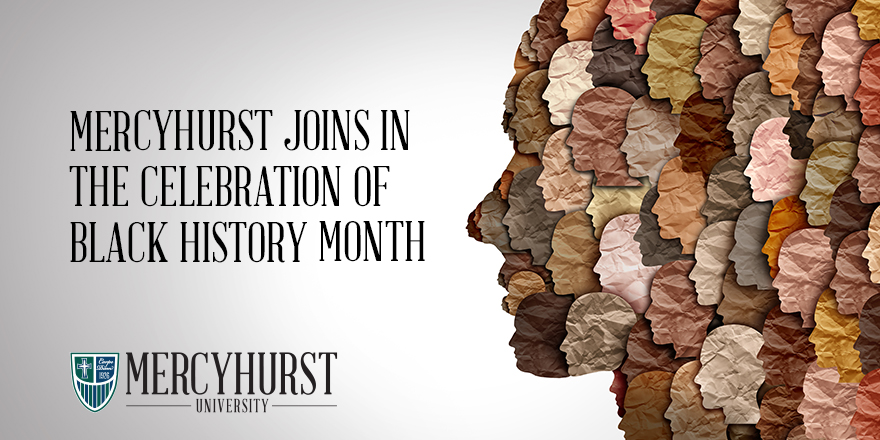 The month of February is also known as Black History Month. During this month, we recognize the hardships facing African Americans and their contributions to American history and culture.

The month starts out with National Freedom Day on Feb. 1. This date honors the signing of a joint Senate and House resolution by Abraham Lincoln in 1865 that abolished slavery, later becoming known as the 13th Amendment of the United States Constitution.

Originally, the celebration began in 1926, the same year as the founding of Mercyhurst, when Carter G. Woodson, a historian, felt that the history of African Americans was being neglected by many and he wanted to help educate others about this serious topic.

The week Woodson selected was the second week of February, with good reason. He chose this week because it contains the birthdays of two people who were crucial to the history of African Americans: Abraham Lincoln, born on Feb. 12, and Frederick Douglass, born on Feb. 14.

Lincoln issued the Emancipation Proclamation which freed all slaves in 10 states and wanted emancipation to be a result of the Civil War. Douglass was a leader in the abolitionist movement after escaping slavery himself, as well as a prolific writer and orator who had a profound impact on black history.

To help spread awareness of Black History Month throughout Mercyhurst’s campus, Black Students for Unity President Janiece Withers, and Public Relations Communications Manager Sue Corbran, are publishing weekly bits of history on the school’s HUB page under the Cultural Awareness Calendar and in the Morning Buzz.

Withers has been excited about this project for a long time.

“I began to wonder about the lives of black students before I became a Laker. How did they fit in on campus? Did they celebrate Black History Month? Did the school show support back in 1969?” said Withers. “I was glad to see that there were images and articles about these students, and I wanted them to be seen so students who look like me can feel like Hurst is Home.”

Last week’s article on the HUB page was about the diversity here at Mercyhurst and when the demographic of students began to transition from almost all white to having black students and other students of color back in the 1960s.

Attached to that story is an article from a Merciad issue in 1968 written by Alicia King, co-founder of the Association of Black Collegiates, which helped black students on college campuses in the Erie area find community with one another.

Corbran also edits the Morning Buzz, which is a newsletter that is sent out to faculty and staff in the mornings. With the recommendation from Sarah Allen, Corbran highlights black student contributions throughout the month of February.

“Unfortunately, not much information about Black students has been compiled . . . I hope in the future other researchers will be able to delve more deeply into the stories of our black students and share them widely,” Corbran said.

However, Corbran did know quite a bit about the first large group of Black women to attend Mercyhurst because she had researched and written a story about them for Mercyhurst Magazine previously.

The Black Students for Unity organization is hosting a series of events throughout the whole semester. All the events are part of a Black History Series and include watch parties, Family Feud, informational meetings, collaborations with other groups on campus and many more opportunities for students to get involved.

Additionally on the HUB, there are some suggestions from the National Association for the Advancement of Colored People (NAACP) about how to celebrate Black History this month.

The list contains 28 ideas that you can try to become more immersed in understanding African American culture.

Some of the ideas include joining a black organization, watching a black film and reading a book by a black author. The latter two have some recommendations to get you started if you need!