The Weeknd rocks the Super Bowl 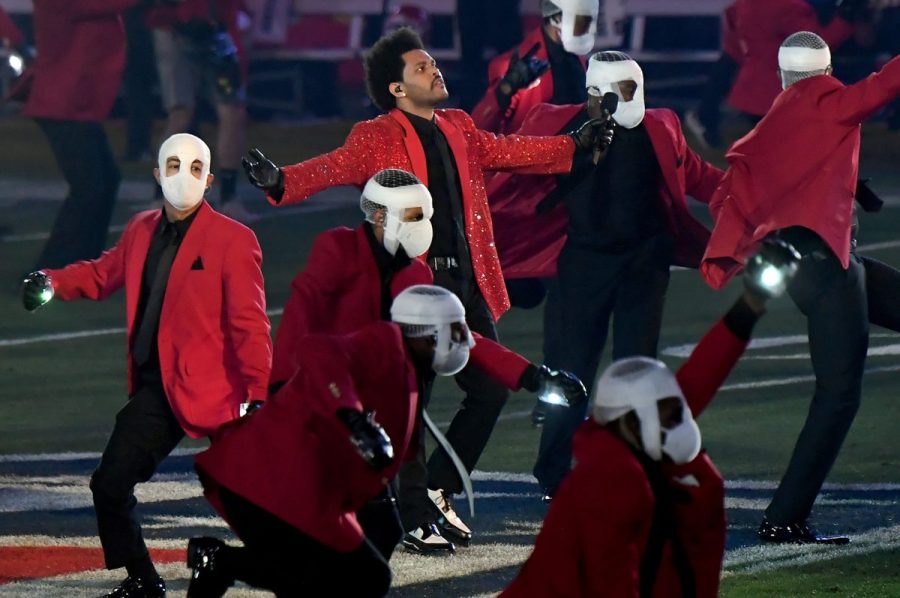 Tom Brady and the Tampa Bay Buccaneers defeated Patrick Mahomes and the Kansas City Chiefs 31-9 to win their second title, their first since 2003.

However, for those who are not avid sports fans, there was not just the game to look forward to. When you do not like or do not pay attention to sports, there are two things to look forward to whenever the Super Bowl rolls around: the commercials and the halftime show.

This year’s halftime show was performed by none other than The Weeknd.

The Weeknd is the stage name for one Abel Makkonen Tesfaye, who has won a notable three Grammy awards, alongside other awards like American Music Awards and MTV Music Video Awards.

The Weeknd was said to put in $7 million towards this show, which is extremely impressive considering he was not even paid to perform.

In an effort to maintain social distancing, he performed much of his show from a stage built toward the top of the stadium.

The halftime show opened with The Weeknd sitting in a convertible surrounded by a makeshift Las Vegas skyline, possibly alluding to his song “Blinding Lights,” which includes the lyric “Sin City’s cold and empty;” using the nickname for Las Vegas.

The camera then cut to the main stage, where dancers donned white robes and light-up masks, making them almost appear like robots. The Weeknd emerged, wearing a red blazer with a black suit underneath, as well as black leather gloves, and immediately jumped into his hit “Starboy.”

He then gave the performance an edge by jumping into another popular tune, “The Hills.” During his performance of one of his biggest hits, “I Can’t Feel My Face,” The Weeknd disappeared into a gold maze that was underneath the stands, where he was flanked by backup dancers wearing the same outfit as him, as well as face bandages, which might have alluded to when he wore face bandages to the American Music Awards in November of 2020, causing a media storm.

Other well-known hits that The Weeknd performed included “I Feel It Coming” and “Earned It,” which took the performance to the main field.

There, surrounded by dancers, The Weeknd ended the performance with his iconic song “Blinding Lights.”

This year’s halftime performance was certainly different from those of previous years, and not just because a pandemic changed things. Previous shows included massive stars known across generations, like Jennifer Lopez, Shakira, Katy Perry, Coldplay and Beyoncé, which all had a variety of special guests and explosive shows in general.

Of course, due to the pandemic, this could not happen, but The Weeknd managed to make it work by putting his own money into the performance and creating what some believe to be one of the best halftime shows in a long time.

Until Feb. 6, 2022, when the date of Super Bowl LVI, rolls around again, we will just have to wait for another exhilarating halftime show. Could it be Imagine Dragons performing? Rihanna? Billie Eilish? The Weeknd was announced as the headliner for the halftime show back in November, so we just might have to wait and see.