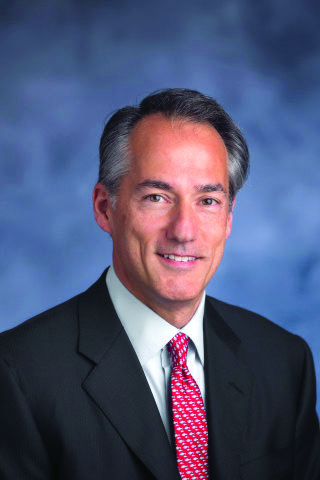 Without prior warning to the student body, President Victor left Mercyhurst earlier than anticipated and has passed the reigns to a Mercyhurst friend and alumnus, Joe NeCastro.

Although NeCastro is happy to assume responsibilities, a new president will still be needed for the fall. Thus, the search has only intensified for our new official president.

“It has been a fascinating process,” said Lucy Belleau, senior Spanish Education major and MSG president who is a part of the search committee. “Over break, students were invited to join in on open Zoom calls with the firm running the search and I thought that this was an amazing way for the student body to voice their opinions and give their feedback about what they believe the next president of our university should be like.”

An Erie native, NeCastro grew up in Little Italy and attended St. Paul’s and Cathedral Prep. He is an alumnus of Mercyhurst, having graduated in 1978 with a BA in Accounting before going on to earn his MBA with a concentration in Finance and Operations Management from Harvard Business School.

He later went on to serve as the chief financial officer of E. W. Scripps company where he led the spin-off to create Scripps Networks Interactive (SNI), an organization that owns popular channels including The Food Network, HGTV, Travel Channel and DIY Network. After retiring from SNI, NeCastro was appointed to Mercyhurst’s board in 2011.

During this time he also served as the chair of the Board of Directors for the Erie Innovation District, a project to transform downtown Erie and recreate it as a hub for cyber security and data science job opportunities.

He was gifted a Distinguished Alumni award in 2016 and appointed as chair of the board two years later in 2018.

“The members of the search committee span a vast array of people within the Mercyhurst community,” said Belleau. “In addition to members of the Board of Trustees, we are lucky enough to have representatives from the faculty, staff, Sisters of Mercy and of course, the student body. The common thread between us all, as stated in the announcement of membership on the Presidential Search Committee, is ‘a passion and commitment to Mercyhurst.’”

Hopefully we will learn who the new president is by the end of this semester, but if you want to keep track of the process questions, be sure to email presidential search@ mercyhurst.edu or visit mercyhurst.edu/president.

While we will definitely miss President Victor, we can’t wait to see what the new president will have in store for us.