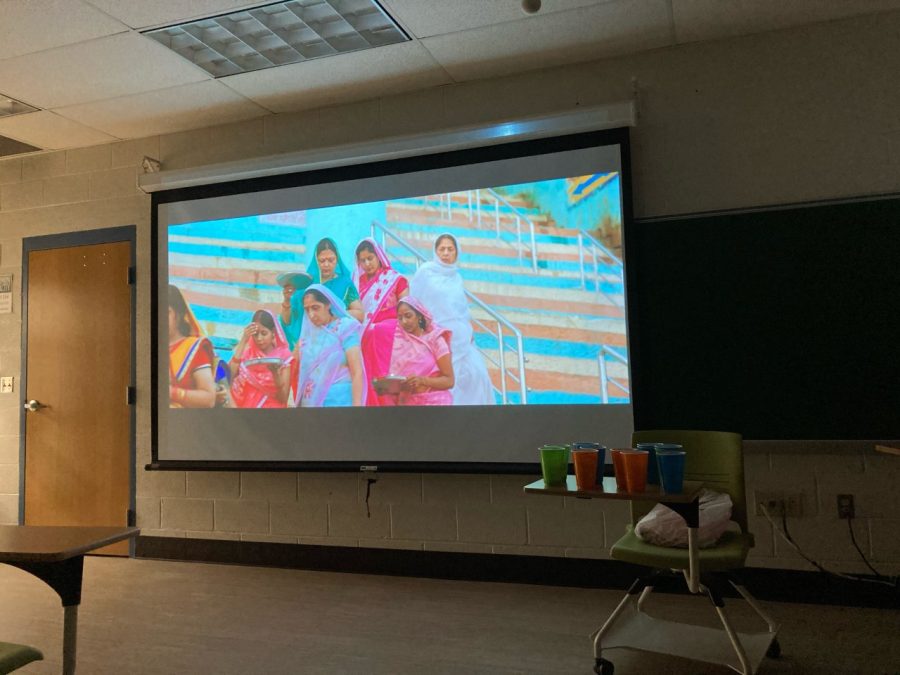 On March 29, the day of the Hindu festival of Holi, the Mercyhurst International Student Association and the Social Work and Applied Sociology Club teamed up to mark the special occasion.

The clubs organized a movie screening of the film “The Last Color.” It was a perfect way to blend the mission of the two clubs, by focusing on an international celebration, but also using a film to highlight important social issues.

Holi is a popular ancient Hindu festival, also known as the “Festival of Colors.” It celebrates the eternal and divine love of Radha and Krishna. Holi celebrations start on the night before Holi with a Holika Dahan where people gather and perform religious rituals in front of the bonfire. The next morning is celebrated as Rangwali Holi, a free-for-all festival of colors, where people smear each other with colored powder.

The movie tells the story of the festival through the eyes of a nine-year-old so-called “untouchable” girl from the lowest caste, living in Banaras, India. Over the course of the film she befriends a transgender woman and an aging widow and helps to bring joy to their lives. However, the movie is also laden with sorrow in how it accurately shows how social issues have plagued widows in Indian society. Ultimately, it teaches an important lesson about friendship and acceptance, all the while showing the beauty and fun of Holi.

Students gathered in Hirt 214 to watch the movie and discuss it afterward. They also had a chance to play Holi by splashing the color on others or using the color on their own faces or hands. This made the event interactive and help students to get into the spirit of Holi. It was also a unique chance for many students to ex-perience a part of another culture that they are not familiar with.

Marina Boyle, president of the International Student Association, helped to organize the event after it was suggested by professor of Biology, Rajinikanth Mohan, Ph.D. Mohan was also kind enough to provide the Holi colors. “This was a very special event because we were able to bring attention to a holiday that is not commonly celebrated at Mercyhurst, as well as learning more about social issues. This has been a dull year for many people and it was beautiful to bring color into students’ lives through a celebration of Holi,” said Boyle.

Given the success of the event, the club hopes to host similar events in the future. As COVID-19 restrictions begin to ease, it will also be easier to incorporate authentic international foods into events once more.

“It was a pleasure to work with the Social Work Club and I’m very grateful to all those who helped to organize the event or who came out to enjoy it. I hope the colors brought a smile to people’s faces and that anyone who could join was able to learn something new,” Boyle said