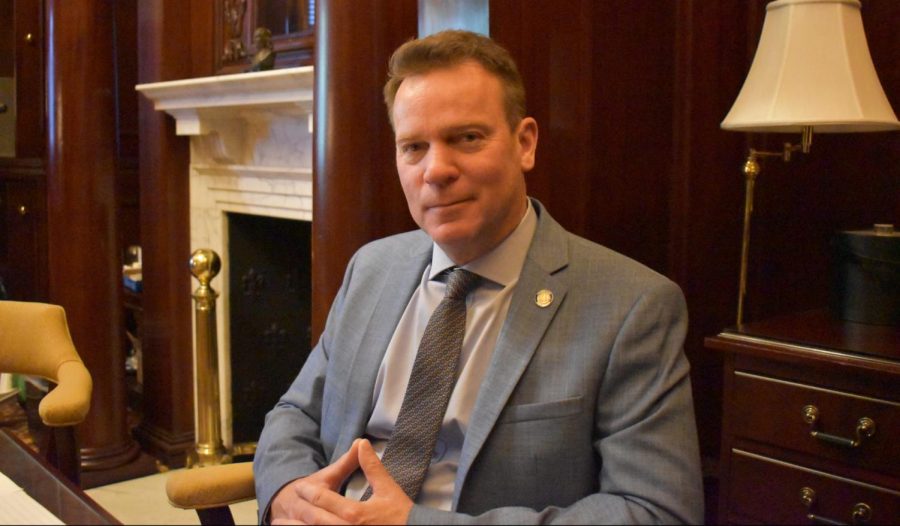 According to an interview with Erie News Now, PA State Senator for Pennsylvania’s 49th District, Dan Laughlin, is considered running in the 2022 Republican gubernatorial primarily.

Mere months after the re-election victory that ensured that Pennsylvania state senator Dan Laughlin would continue to represent Pennsylvania’s 49th District, Laughlin has already set his sights on a more ambitious position — the office of state governor.

Laughlin told Erie News Now on March 19 that he is contemplating throwing his hat in the ring for the 2022 Republican gubernatorial primary.

The news may be a surprise for some, especially since Laughlin himself stated that he had not expected word to circulate about his potential run so early. However, Laughlin has given it plenty of thought, and he has a few months before he will decide for certain.

The primary may be a year away still, but Laughlin expects to have an idea of what his potential competition would look like within a few months’ time.

Laughlin will make his decision at the end of June, when he will know what other candidates will be entering the Republican primary, and whether there will be another candidate that he will want to put his support behind.

He stated his willingness to support a Republican candidate who would be better suited to the office, but said that he himself may prove to be that “rock star” candidate. Laughlin has established himself as a pragmatic politician. Additionally, he views himself as more of a centrist than other Republican candidates and considers this ability to draw support from across the political spectrum to be an advantage.

Laughlin also points to his humble background as a factor that will appeal to voters. His blue-collar beginnings set him apart from other candidates for the governorship and Laughlin believes that voters will find him to be a relatable candidate because of his understanding of hard work and self-made success.

After four and a half years representing the 49th District in the State Senate in Harrisburg, Laughlin has gained hands-on knowledge about the workings of Pennsylvania politics, which, he says, will benefit him if he pursues a gubernatorial bid.

He points to the Pennsylvania unemployment system as one of the biggest issues facing the state and promises to address those issues through his pragmatic nature.

His time in the Senate has also gained him political clout, which has enabled him to propose legislation that might seem surprising coming from a Republican politician. Recently, Laughlin proposed that the state legalize recreational marijuana and introduced a measure to increase minimum wage to a ten dollar hourly wage.

These steps certainly could aid Laughlin’s campaign, should he decide to run, but Laughlin maintained that he had been planning to make these legislative moves regardless of his future plans. For now, Laughlin is focused on the logistics of the decision.

His choice will depend not only on his potential competition but also upon his ability to gain traction across the state in the coming months. Perhaps most important in the logistical sense will be Laughlin’s fundraising ability, especially as his likely competitors would be able to draw upon their personal funds, even into the millions of dollars.

Ultimately, the next few months will be decisive for Laughlin. Erie residents, and Pennsylvanians in general, should certainly keep an eye on the unfolding gubernatorial race as it draws steadily closer in the coming months.