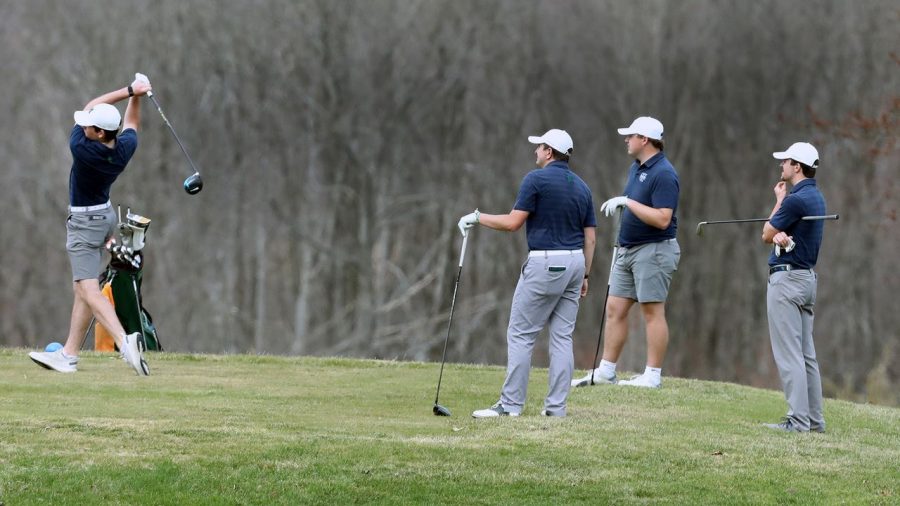 This past weekend the Lakers participated in the 2021 Pennsylvania State Athletic Conference’s Men’s and Women’s Golf Championship at the Hershey Country Club East Course in Hershey, Pennsylvania.

The championship featured two rounds of 18 holes. Luckily for the friends and families of those competing, spectators were permitted under certain guidelines.

Individual results for the Lakers were led by junior Jack Angelucci who came in second with a score of 70 (-1) and Ryan Peters tying for third with a 76 (+5) shot. Angelucci was just one point behind tournament leader and Shepherd University student Owen Elliott.

The women’s team was also off to a good start by coming in second for the first day with a shot of 335 behind Gannon University. Sophomore Kymberly Henry tied for fourth with a score of 79. The second round of 18 began on Saturday at 10 a.m. and both teams finished in second place.

The men’s team finished with a score of 605 (+37) behind IUP who shot 601 and earned their second PSAC men’s golf title. The top individual score for the men’s side was 141 shot by Elliott of Shepherd University. Angelucci led the Lakers with a combined shot of 144, the second-best in- dividual score of the competition.

Results were tied between Gannon and Mercyhurst for the women with a team score of 663, prompting a playoff on the 16th hole.
In the playoff, all five golfers from each team were required to play the hole. Gannon was victorious with a combined shot of 13, just one shot ahead of Mercyhurst’s 14.

Both the women for Gannon and men for IUP celebrated their second consecutive championship win.
“I am very proud of how the team fought until the very end after a long two days. I believe that this was the closest we have been to winning PSAC in a long time,” said Henry. “I know that this was not the result we all wanted for this competition, but I am very proud of how everyone played and how much we have accomplished during this season so far.”

Gannon’s Marian Arenas led the women’s scoring with 160 with Mercyhurst’s Henry right behind her with 161. “Personally I am very pleased to have placed second as an individual. The course was very challenging and the higher scores were a reflection of that,” said Henry. “My hard work has definitely been paying off, but I know that I have more things that I need to work on. Overall, I am very happy with how we all finished and looking forward to playing this upcoming weekend for the home tournaments.”

This is not the end for the golf teams as they will be participating in the Mercyhurst Invitational at Lake View Country club on April 17 and the Gannon Invitational on April 19. Let’s go, Lakers!