Be the Change: The Weight We Carry 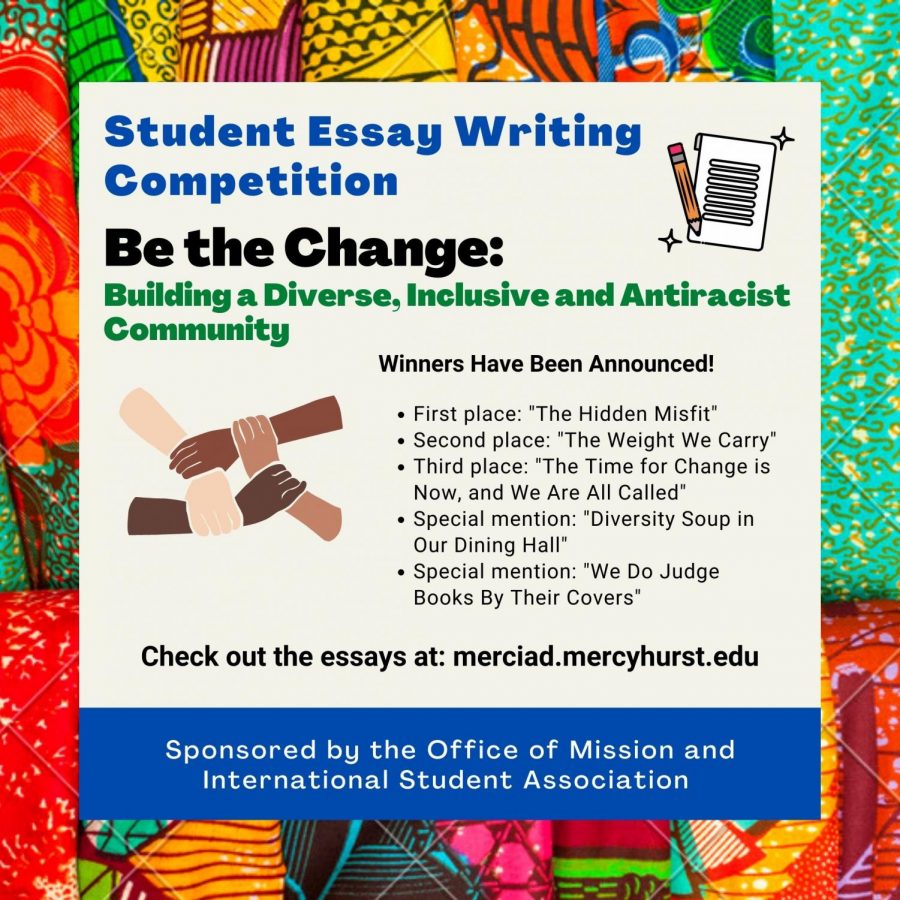 In the summer of 2017, less than a month before I was supposed to start my first year at Mercyhurst, my uncle, thirteen-year-old sister, and I were going to New Jersey to spend the day at Six Flags. We wanted to have a day of fun together before I had to leave for school.

We were less than thirty minutes away from the park when my uncle was pulled over for not wearing a seatbelt. Often when I think of this moment, I like to tell myself that if I had noticed he wasn’t wearing his seatbelt and told him to put it on, none of the impending instances would have occurred. Though I’m not sure if that’s entirely true.

My uncle was handcuffed and talking to one of the officers, while I was placed inhandcuffs. Then my sister was placed in handcuffs. We were put into the back of the police car while the officer searched my uncle’s car. There sat two teenaged girls sat, tears streaming down their faces, terrified, and being treated like criminals.

I don’t know the exact procedure for searching a car while multiple people are there, so I can’t say that my sister and I were being treated differently from anyone else in that situation. What I can say for sure is that, prior to this moment, I never thought that I would be sitting handcuffed in the back of a police car. I certainly never thought that my younger sister would be sitting beside me. Never in a thousand years did I think we would be going through all of this as people who were completely innocent.

All three of us were being treated like criminals because of one unbuckled seatbelt.The worst part is moments like this happen to people of color all the time. We get killed when we take shortcuts home from the convenience store. We get killed when we’re at home sleeping in our beds. Killed by enemies, strangers, and even the people that vowed to protect us.

But that’s the thing; when you’re a person of color there is no one to protect you.

It’s a very scary reality and every day I’m afraid. I worry about every little interaction and how I’m going to be perceived solely based on the color of my skin. While it isn’t an always present fear, it is a fear that has been instilled in all people of color since birth. It’s fair to say that the fear of perception does not only exist in people of color, but perception can be a life-or-death factor when you are one. Therefore,it matters so much to share our stories with other people. Especially if those people possess privilege.

Real change can’t come unless we get out of this mentality. In order to do this, we have to utilize our privileges. Privilege isn’t just dependent on race; there’s socioeconomic privilege, gender privilege, cultural privilege. If there’s a situation that we’re comfortable in, but someone else isn’t, we have privilege in that moment.

Impacting antiracism and diversity is dependent on the use of our privileges. We experience so many hardships in our lives and, unfortunately, these hardships are not unique. Picture the worst moment that has ever happened in your life and then picture someone close to you going through the same thing. Then think about thousands of people also going through it. Just like it should have never happened to you, it should have never happened to anyone else. That’s why it’s important to use our privilege to help others. That’s why we need to actively seek change.