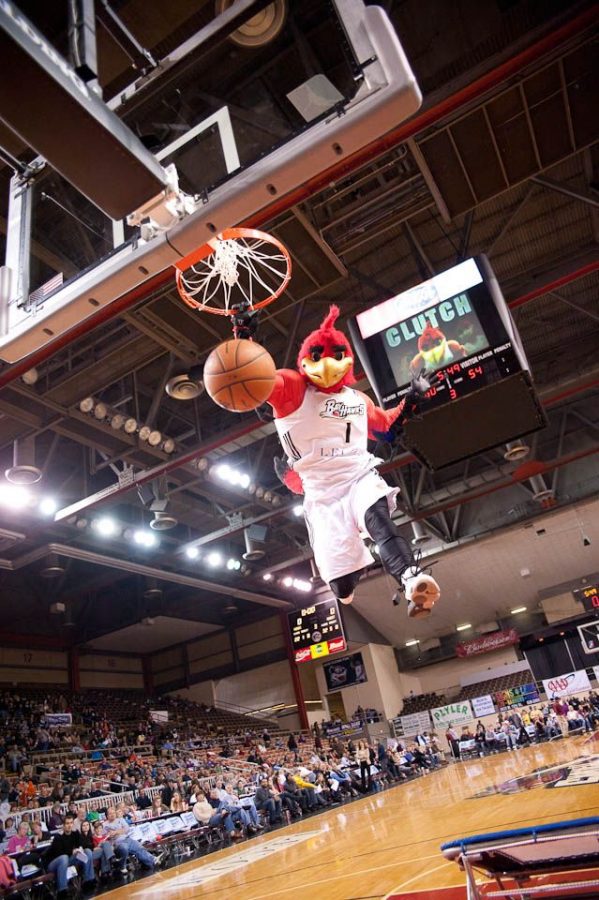 From James Conner to Connor McDavid, Erie has produced its fair share of great athletes. For years, Erie has been home to three minor league sports teams: the SeaWolves in baseball, the Otters in ice hockey and the BayHawks in basketball. However, the Erie community must sadly bid farewell to one of these teams, as the BayHawks have announced they are ceasing operations after 13 seasons.
A former affiliate of the New Orleans Pelicans, the team plans to relocate to Birmingham, Alabama, and begin playing in the 202122 season. However, it was the lack of a viable NBA affiliate that led to operations ceasing.
“I’ll remember the community and the business community of Erie stepping up their support,” said Owen McCormick, CEO of the BayHawks. “I remember when the NBA first came to town and were vetting Erie to see if they could put a G League franchise here. I wondered if we would get the business support. Business supported us way beyond my wildest expectations.”
In 13 seasons, the Erie BayHawks had an impressive career. They played their first game in 2008, coached by John Treloar, where they lost 95-90 to the Fort Wayne Mad Ants, the G League affiliate of the Indiana Pacers. Between 2008 and 2011, the BayHawks were affiliated with the Cleveland Cavaliers, Philadelphia 76ers, and Toronto Raptors. Treloar left the organization after the 2009-10 season to become the director of player personnel for the Phoenix Suns, and has retained this position with the Atlanta Hawks since 2015. A familiar name who was a BayHawk alum is Danny Green, who won an NBA championship with the 2013-14 San Antonio Spurs and still plays for the 76ers.
During the 2011-2014 span, the BayHawks were affiliated with the New York Knicks. On Jan. 17, 2012, the Knicks assigned Jeremy Lin, the first player of Chinese or Taiwanese descent to play in the NBA, to the BayHawks’ roster, but he ultimately never played with them because his impressive triple-double in an away game had the Knicks recalling him to their roster, and thus “Linsanity” took its grip on the NBA world. The 2014-2017 span saw the BayHawks being an affiliate of the Orlando Magic, as the Knicks moved their G League affiliate to Westchester County, New York, in 2014. This would end up being their least successful time with an NBA affiliate, with their 2014-15 record being 24-26, their 2015-16 record being 12-38 and their 2016-17 record being 14-36. During this time, the most well-known BayHawk was Seth Curry, the younger brother of Steph Curry and current point guard for the 76ers.
The 2017-2019 span was when the BayHawks were affiliated with the Atlanta Hawks, after the Magic moved their G League affiliate to Lakeland, Florida. This was a temporary affiliation, as the Hawks needed an arena to house their affiliate until their arena in the Atlanta suburb of College Park was completed. This marked their most successful period, with the 2017-18 season seeing them advance to the G League semifinals.
The last of the BayHawks’ affiliations saw them with the Pelicans in the 2019-20 season, before that was cut short due to the COVID-19 pandemic, and the Washington Wizards for the 2020-21 season, which would be their final season. Their last game ever saw them defeated by the Lakeland Magic 139-110.
The Erie BayHawks accomplished a lot in their 13-season existence. Although they will be missed, the people of Erie can still rely on the SeaWolves and Otters to bring them plenty of sports coverage.