Athletes begin to get spotlight in the classroom 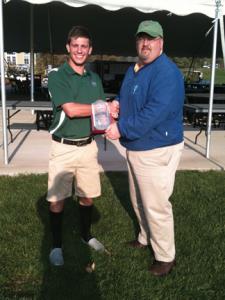 Most athletes are judged more on completion percentage, shooting percentage or average yards per reception.

Just ask Maurice Clarett, Terrelle Pryor, Reggie Bush or any number of collegiate athletes who made bad decisions and failed in the classroom or in some other capacity. But there are others who are unjustly put into the same category. Most Ohio State Buckeyes would agree.

In the past few years, a few Mercyhurst athletes have been recognized for being outstanding both on the field and in the classroom. These athletes cover a wide range of sports.

In 2010, women’s hockey player Vicki Bendus won the Elite 88 award given to the player with the highest grade point average at an NCAA championship. Bendus earned her award, posting a 3.937 cumulative GPA while majoring in biology/pre-medicine.

Bendus began a string of winners.

Following suit was Bethany Brun and Ian Wild, from rowing and lacrosse respectively. Wild also earned the inaugural Pete Nevins Scholar Athlete of the year award in 2010 for football.

Brun was a religious studies and sociology major, while Wild is currently an international business major.

This string of recent winners shows Mercyhurst has not only excelled academically but has also improved in athletics.

These athletes would not have been recognized had their teams not made it to the championships in their sports.

A more telling statistic is that last season, Mercyhurst had 196 Pennsylvania State Athletic Conference Scholar Athletes. This means that 196 athletes have a cumulative GPA of 3.25 or better, which is no easy feat considering their hectic schedules.

Another Laker can now add his name to the seemingly growing line of standouts in athletics and academics.

Junior Jake Pilarski, men’s golf, won the inaugural PSAC Champion Scholar award. The award is modeled after the Elite 88 award and is given to the student-athlete with the highest cumulative GPA at a PSAC championship event.

Pilarski boasts a 4.0 GPA as a political science major.

Maybe athletes have been given a bad reputation.