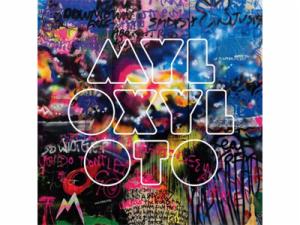 The band’s fifth studio album, “Mylo Xyloto,” has a sound unlike its previous work.

It is not necessarily bad when a group morphs and changes its sound, but it seems Coldplay’s has evolved in the wrong direction.

The problem with this album is that there are virtually no standout tracks, save for “Every Teardrop is a Waterfall.”
Most of the songs are mediocre at best.

There are a few on the album that are not enjoyable at all. The magic and charisma of the group’s previous albums is just not there.

“Paradise,” “Charlie Brown” and “Princess of China” (feat. Rihanna) are only palatable upon a few listens.

Chris Martin’s usual soaring and powerful vocals is lackluster. His voice lacks emotion and drive in these tracks, in addition to many of the other songs.

Unlike times past, there is no mirth and charm to his voice throughout the album.

Even the three instrumental lead-ins seem bland and uninspired.

There are really only two songs that rise above mediocrity: the aforementioned “Every Teardrop is a Waterfall” and “Hurts Like Heaven.”

“Hurts Like Heaven,” the opening track to the album, contains an upbeat tune with a very catchy melody.

The kicker to the song is the paradoxical lyric “You use your heart as a weapon/ And it hurts like heaven.”

The notion is one many can relate to—being wounded in a relationship, yet not wanting to let go.

It is “Every Teardrop is a Waterfall” that redeems the album as much as is able.

Besides a wonderfully complex melody complete with Scottish bagpipes, the lyrics are what really brings the song together.

The song is basically about putting aside the sadness, worries and hard times in life and losing yourself in the healing power of music.

The lyric “I turn the music up, I got my records on/ I shut the world outside until the lights come on” sums up the song quite nicely.

The power and breadth of the effect of music on human emotion is clearly portrayed in this song.

It is one of the stand-alone bright spots on the album.

Coldplay has not exactly sold out, but it is easy to say that “Mylo Xyloto” is the band’s worst album to date.

While there are a few decent songs on the album, the listener is left with an overwhelming sentiment of disappointment.