Women’s soccer pulls out a win against IUP 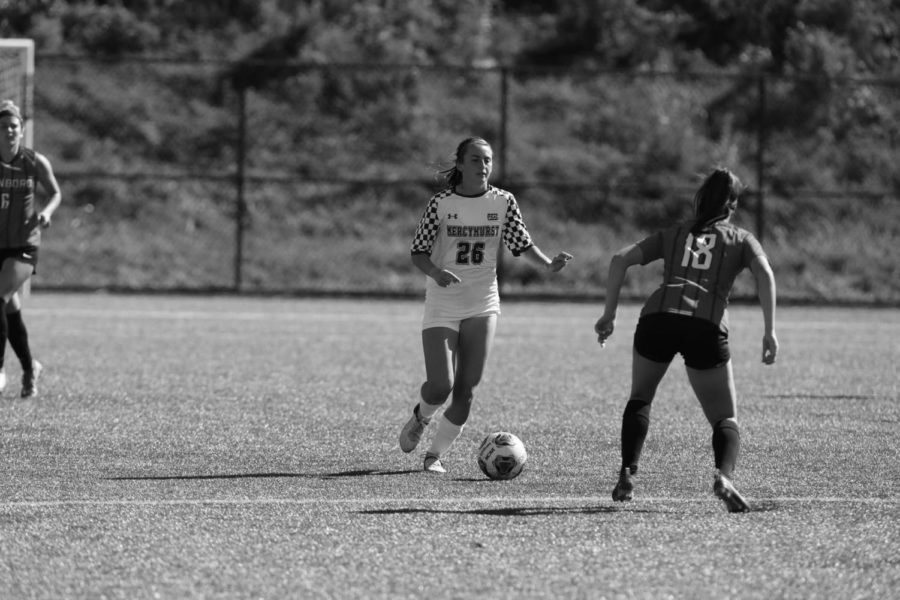 In their last 10 games against each other, the Lakers have won five, lost four and tied two matches. The Lakers were also coming off of a 4-0 win against Clarion, so they were on a winners high. The Lakers were the first on the scoreboard during the 32 minute of the first half. Dani Hartman, junior, passed the ball through the defenders and sophomore, Emily Mijares was able to get the ball and send it past the IUP goalie.

That was the only goal scored during the first half. Entering halftime, the Lakers, outshot the Crimson Hawks 14- 3. After only three minutes into the second half, IUP scored their first and only goal of the game. IUP sophomore, Chloe Thoericht, helped the Hawks get on the scoreboard.

In the 59 minutes, the Lakers gained the lead back after Madison Hoover, junior, played a corner kick perfectly into the box. The ball bounced back and forth between multiple players before credit officially went to Mijares for her second goal of the game. This was Mijares’s third goal of the season.

The Lakers were not done yet as two freshmen, Teagan Melhalko and Karah Van Horn, ran the ball up the field passing back and forth to each other until Melhalko was one-on-one with the opposing team goalie and shot the ball and it sailed right past the Hawks keeper in the 85th minute. This was Mehalko’s first goal of the season.

Mercyhurst outshot the IUP 25-7 with 10-4 of them being shots on goal. Mercyhurst goalkeeper, Maddie Elbro, sophomore, had a good game with three saves on four shots. This is Elbro’s fifth win of the season. The Lakers will hit the field again on Oct. 6 at 5 p.m. at California, Pennsylvania when they take on the California University of Pennsylvania Vulcans.