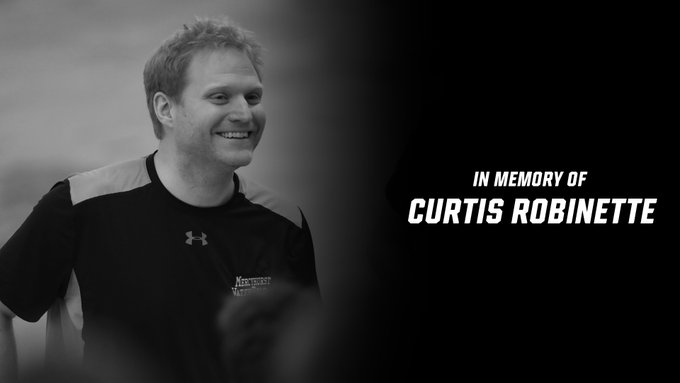 Earlier this year the Mercyhurst community lost a revered staff member: Coach Curtis Robinette. Robinette was the long-time water polo coach for both the men’s and women’s teams. The players that were fortunate enough to know him all miss him dearly. While Robinette’s life sadly ended way too soon, we celebrate him and all of the accomplishments he made.

Robinette is an Ohio native born in Maumee, Ohio just outside of Toledo. He went on to graduate from Slippery Rock University in 2002. While at Slippery Rock, Robinette was an honored member of the water polo team. He was a four-year varsity player and a two-year captain. Right after graduation, Mercyhurst was fortunate to gain Robinette as the water polo coach.

In his time at Mercyhurst, Robinette had experienced over 200 matches across both teams since 2002, when Robinette started coaching here at Mercyhurst. Robinette strived to make an honorable reputation for water polo at Mercyhurst. After going 1-48 in his first two seasons, he worked in record time to regain his record. In 2003, Robinette took over the women’s team and posted a 204-237-1 mark.

Following many wonderful season’s Robinette was honored with the title of the CWPA Western Division Coach of the year award in 2008.

Robinette’s years of dedication to water polo and Mercyhurst, the Lakers became the first Division II team to qualify for the Eastern Championship for the first time since 2004.

Then, in 2006, Robinette led the Lakers to their first Division II Eastern Championship.