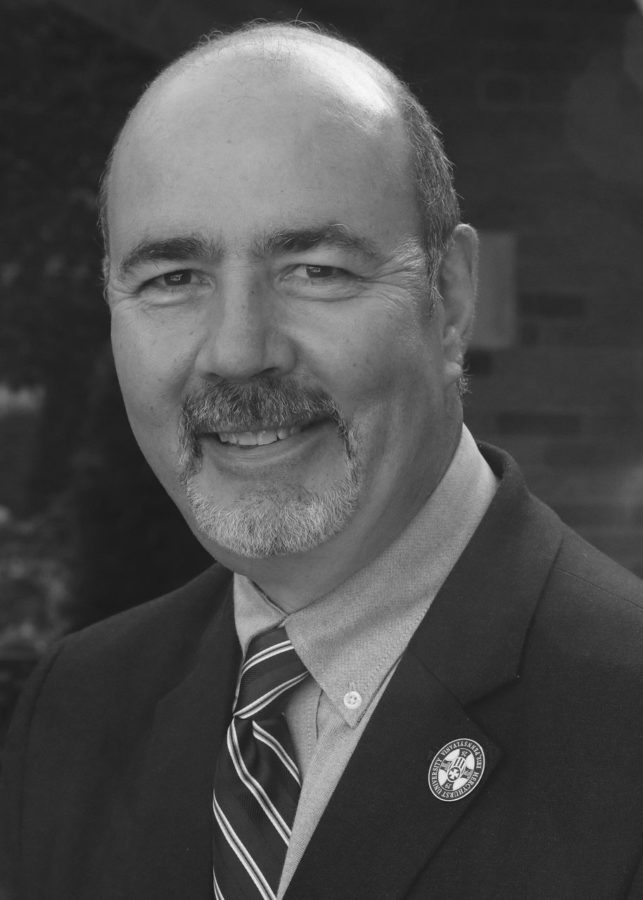 One of the new faces you might come across around campus this year is Anthony Fulgenzio, the new Vice President for Advancement. He is in charge of the university’s advancement endeavors including fundraising, annual funds, corporate relations, grant relations, alumni relations and donor relations.

According to Mercyhurst’s announcement welcoming him as vice president, “Fulgenzio will lead philanthropic initiatives and oversee key programs including major gifts, alumni and parent engagement, and planned giving, all while serving on President Getz’s senior leadership team.”

Fulgenzio has been in the academic setting for a long time now. His education took him to Gannon University, where he earned his Bachelor’s in Radio and Television Communications and his Master’s in Education Administration Leadership. Following graduation, Fulgenzio spent 17 years at Gannon in a variety of fundraising roles, with his latest being the executive director of philanthropy and communications. Before his career in higher education, Fulgenzio was active in television and the communications industry. He was an Erie news anchor, managing editor and producer at WSEE-TV, better known as Erie News Now.

This isn’t his first time serving as Vice President for Advancement, as he previously held the position for three and a half years at Lake Erie College in Painesville, Ohio before joining the Mercyhurst community on Aug. 1 . Fulgenzio’s main job is fundraising, or, as he calls it, “friend raising.” “Much of what we do is engaging alumni, corporate partners and friends of Mercyhurst and eventually securing financial support for endowed scholarships which directly benefit students as part of their overall financial aid package,” said Fulgenzio.

As one of a handful of new employees who had their start at Gannon, there is, fortunately, no bad blood for Fulgenzio.“What I enjoy most about Mercyhurst is the excitement under the new leadership of Dr. Getz, the rich Mercy history of the University, the people and the warm, collegiate atmosphere,” Fulgenzio said, “it truly is a very special place.”

Fulgenzio’s role with the Mercyhurst community is quite important, but he’s just as happy as everyone else to call Hurst home. If you see him around, be sure to give him a warm welcome.