The Rams and Bengals seize the day 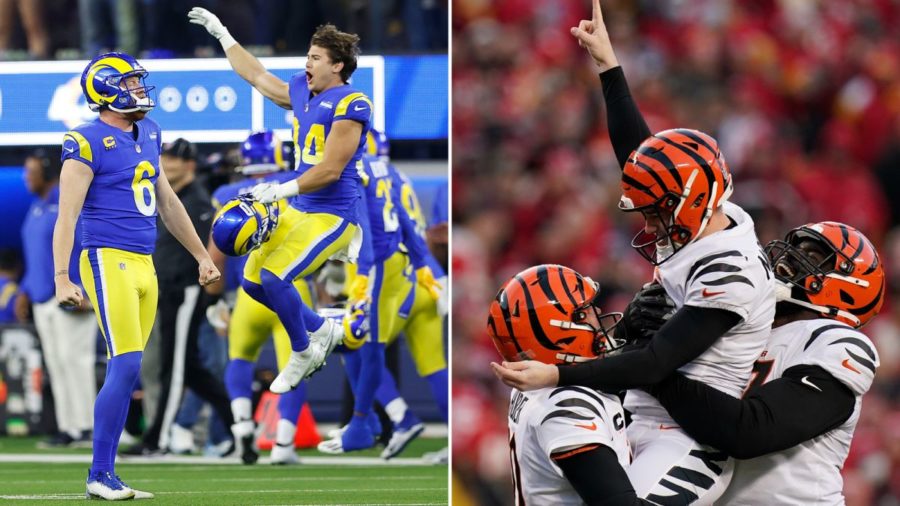 It’s February, which means the Super Bowl is coming fast. This year’s Super Bowl LVI will be held at SoFi Stadium in Inglewood, CA on Feb. 13. The AFC Champs are the Cincinnati Bengals and they will be facing the NFC Champs the Los Angeles Rams in what’s easily the most exciting Super Bowl fans have seen in a long time.

If you would have told Bengals fans at this time last year that they would be in the Super Bowl in 2022, they would have laughed in your face. The Bengals ended last season with a disappointing 4-11-1 record, no thanks to rookie quarterback Joe Burrow suffering a brutal knee injury against the then Washington Football Team (newly named the Commanders).

This was the fourth straight year that the Chiefs were in this championship, so they were certainly a force to be reckoned with. However, the Bengals shocked the football world by overcoming a 18-point deficit to defeat Patrick Mahomes and his squad 27-24 in overtime, sending the Bengals to the Super Bowl for the first time in 33 years. Although upset at their loss, Mahomes still met Burrow to congratulate him and give his blessing to win the Lombardi trophy, telling him to “go win it all.”

Chiefs running back Clyde Edwards-Helaire comforted an overwhelmed Bengals wide receiver Ja’Marr Chase, his teammate when the two were at LSU, by telling him, “you’re gonna be the greatest receiver to ever do this…Go get you a ring.”

The Rams had an equally difficult road to the Super Bowl, although they have seen more recent success. Unlike the Bengals, the Rams have seen Super Bowl glory, last hoisting the Lombardi in 2000, while their last appearance was in 2019, losing 13-3 to the New England Patriots. They had a chance last year but fell 32-18 to the Green Bay Packers in the Divisional Playoffs.

This year, luck was on the Rams’ side, as they upset the Arizona Cardinals 34-11 in the Wild Card Game and shocked the defending Super Bowl Champs, the Tampa Bay Buccaneers, 30-27 in the Divisional Playoffs. I

n the NFC Conference Championship, the Rams faced the San Francisco 49ers last in a Super Bowl in 2020. This game was a nail biter, for if the 49ers had won, the Bengals would have been running for the hills, as their two previous Super Bowl defeats were against them. However, the Rams prevented that from happening, defeating them 20-17.

Matthew Stafford threw for two touchdowns, assisted by impenetrable forces in Cooper Kupp and Odell Beckham Jr. This year’s Super Bowl is sure to be an interesting one. The halftime show has a legendary lineup in Dr. Dre, Kendrick Lamar, Mary J. Blige, Eminem and Snoop Dogg. This game will also include the youngest head coach lineup ever, with a 36-year-old Rams HC Sean McVay and a 38-year-old Bengals HC Zac Taylor.

With recent NFL news such as the retirement of Tom Brady and the rebranding of the former Redskins and Football Team as the Commanders, the Super Bowl is sure to have everyone talking, no matter the winner. Tune in on Feb. 13 at 6:30 pm on NBC for the game of a life-time!