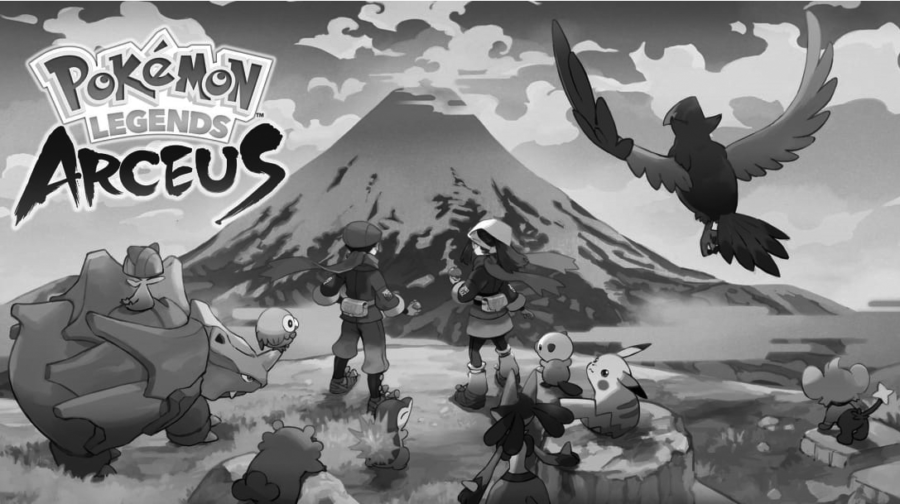 It is well-known that Pokémon has been an integral part of many people’s childhoods ever since it was first released. In recent years, it has even been mentioned increasingly in the news since modern releases like “Pokémon Go!” have gained popularity.

The 8th generation of Pokémon, “Sword and Shield,” was released in 2019, followed by “Pokémon Unite”, a battle arena game, in July 2021 and “Brilliant Diamond/Shining Pearl,” a remake of the “Diamond and Pearl” games, in November 2021.

However, with the release of “Pokémon Legends: Arceus” on Jan. 28, fans have been able to experience a new kind of game that has never been seen. Arceus is a Pokémon that was first introduced back in 2009 with the release of the original “Diamond and Pearl” games.

Arceus is believed to be the creator of all Pokémon and is dubbed the “original one.” The game takes place in an ancient, Medieval-esque version of the Sinnoh region called the Hisui region.

Like all other games, you have the chance to select a starter Pokémon, but for the first time, they’re all from different starter regions.

Players can choose between fire-type Cyndaquil (from the Johto region in Gold/Silver), the grass-type Rowlet (from the Alola region in Sun/Moon), or the water-type Oshawott (from the Unova region in Black/ White).

Since the game is set in the past, much of the technology from the game is also historical (which I think is a really cool
addition). The Poké Balls are made of wood and puff steam when you have successfully caught a Pokémon. Additionally, the Pokédex, rather than being on an electronic device, is stylized as a book.

However, one of the biggest game-changers of “Legends: Arceus” is how you interact with the Pokémon. Players have the ability to interact = with both domestic and wild Pokémon. This doesn’t mean you can just casually waltz up to a Pokémon and catch it, unfortunately. Some of these Pokémon you have to sneak up to instead, lest they see you and either run away or attack you.

Unlike other games, your avatar can actually be attacked by Pokémon and receive damage as a result. This feature isn’t exactly ideal, but it feels fair.

My friend, who I’ve been playing the game with, was able to pre-order “Legends: Arceus” way back in March 2021. He picked it up the second it was commercially released, and we’ve been playing it almost every day since.

It’s overall an extremely entertaining game, one that has been an unforgettable experience for the both of us.

If you are a Pokémon fan (c’mon, who isn’t?) you should try to get this game as soon as you can. It has been flying off the shelves lately, but if/when you’re able to play it (it’s only on the Nintendo Switch), it’ll be all worth it.

The game is an exciting addition to the Pokémon universe, and it will be exciting to see what changes it makes to the franchise’s future projects. Video game lovers everywhere should absolutely give this game a chance (you’ll thank me when you do)!