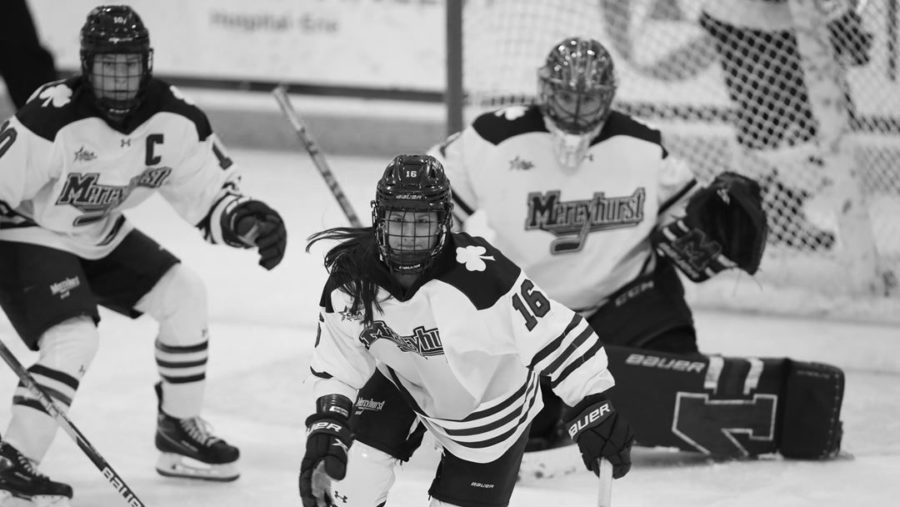 Over the weekend, the Women’s hockey team played their last two games of the season. Both games were played against Lindenwood University in St. Charles, Missouri.

This was the third time the Lady Lakers fought against the Lindenwood Lions this season. The Lakers were able to win the first game, but unfortunately the Lions pulled out a win for the second. The first game was played on Friday, Feb. 18, at 6 p.m.

The Lakers started the scoring early with sophomore forward Sara Boucher scoring the first goal. Not long after, freshman forward Vanessa Upton scored her 18th goal of the season. Both goals were scored within the first four minutes of the game.

Boucher scored her second goal of the night eight minutes after her first goal. This goal resulted in a score of 3-0, with the Lakers in the lead. The scoring in the first period continued with graduate student forward Kristy Pidgeon obtaining her 11th goal of the season.

However, the scoring drought was over in the third period. Boucher scored her third goal of the night at the 4:18 mark, resulting in a hat trick for Boucher and a score of 5-1.

The final goal of the night was scored by junior defenseman Jordan Morlock. The final score of the game was 6-2, with Mercyhurst getting the win. Junior goaltender Jenna Silvonen made 26 saves out of 28 shots.

In the second period, co-captain graduate student Alexa Vasko scored the first goal of the game. Only one minute later, Bouchar scored her fourth goal of the weekend resulting in a 2-0 score in favor of Mercyhurst. This goal gave Bouchar 19 goal points, tying freshman forward Vanessa Upton.

Although the regular season is over for the Women’s hockey team, they will still continue to play hockey. They will compete in the College Hockey America Championship. The Lady Lakers will be traveling to Syracuse, New York, for the annual CHA Postseason Tournament. The Lakers have a Bye in the first round.

“I’m proud of the success we have had so far this season, but are not done yet. We have came along way since the beginning of the year and I can’t wait for what we will bring this weekend at the CHA championship,” said Boucher. When asked what the team will do to prepare for the first CHA game Boucher said, “We’ve been doing a lot of things right as a team over the course of the season. In preparation we are going to continue to build on these things to gain momentum going into this weekend. Personally, I’m going to make sure I sleep lots and stay hydrated over the week so I can preform my best.”

The Lakers will be the third seed and will play against Penn State in the semifinals on Friday, Feb. 25, at 4 p.m.