Get to know the women’s basketball coach 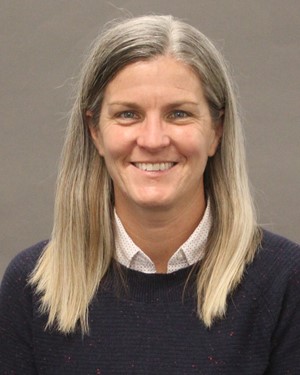 In April of 2019, Brooklyn Kohlheim joined Mercyhurst as the head coach of the women’s basketball team. Coach Kohlheim has an extensive background in basketball, beginning with her childhood.

“I was born in Indiana, so playing basketball comes with the territory,” Kohlheim notes in a description of her history with the sport.

After her high school career, she went on to play at the collegiate level at Florida Southern College as a four-year starter and received several recognitions for her achievements on the team. Prior to coming to Mercyhurst, Kohlheim had experience coaching at the high school level while also teaching U.S. History.

She has coached at other institutions including University of Indianapolis, Nova Southeastern University and Lake Erie College. When asked about her journey to Mercyhurst, Kohlheim mentioned that she had never heard of the school until an administrator reached out and asked her to consider applying for a position in athletics. Once she stepped foot on campus, Kohlheim felt that the women’s basketball program

“was a sleeping giant and has a lot of the pieces to build towards a championship program.”

Building on the theme of championship, Kohlheim also points out her eagerness to lead her team to victory. Although the team has experienced some setbacks in their seasons, their coach reminds them that every bump in the road is a chance to learn and grow.

“Obviously our goal is to win and win the right way, but my hope is the team understands some bigger aspects that come with the game like sacrifice, growth and opportunity. We want them to be good teammates now so they can be good team-mates when they leave here.”

Kohlheim mentions that every stop along the way in her coaching career has brought her to meet great people and learn important lessons, which is something that continues through her time at Mercyhurst.

Although the coach has more hopes and dreams for the future, she is happy to be where she is and to work with the women’s basketball team. When asked about her favorite coaching memory over the past several seasons at Mercyhurst, Kohlheim mentioned winning a home game against Edinboro. Kohlheim praises the people involved in the athletics program, pointing out that they are a fun group of people to be around that are constantly sharing and teaching her something new every day.

In her free time, Kohlheim is a big fan of the outdoors. She enjoys various outdoor activities such as fishing, hiking, golfing and attending live music concerts, but also describes her love for snowboarding in the winter season. Kohlheim also is not afraid to take a trip to a nearby city such as Pittsburgh or Cleveland to get a change of scenery in her time off from coaching.

Kohlheim always knew she would eventually make a career out of coaching, remembering that all of her friends and family growing up knew she would go down this path. She is optimistic about the future of the team and fostering strong, independent individuals on the women’s basketball team, both on and off the court.