Get to know Mercyhurst tennis coach 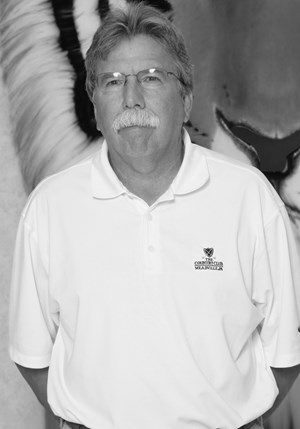 In 2011, Jerome Simon had just sold his family business with plans of retirement on this horizon. However, when the Mercyhurst athletic director called him with a request of finding a new tennis coach for the Lakers, it changed Simon’s plans for the future.

Simon had no intentions of coaching for Mercyhurst but has been here for over a decade and has helped change the atmosphere and record of the tennis team. Simon had an interesting and motivating introduction to the sport of tennis.

At 14, Simon’s father purchased a tennis racquet and entered his son in his very first tournament.

“Of course, I lost to my opponent and from then on, I told myself I would never lose to him again. So, I worked hard and kept that promise to myself,” Simon remembers.

Simon graduated from Ediboro University in 1974. During his undergraduate career, Simon served as team captain and secured a PSAC (Pennsylvania State Athletic Conference) title in addition to a multitude of team and individual titles in District 18 of the NAIA (National Association of Intercollegiate Athletics).

Later in life, Simon was induct-ed into his alma mater’s Athletic Hall of Fame in 1998.Following graduation, Simon turned to building, running and even owning tennis clubs throughout Pennsylvania, Ohio and Indiana. He first began at Westwood Racquet Club, which is a full circle moment for him as this is where the Mercyhurst tennis teams practice and compete in matches.

Simon eventually returned to Erie, where he grew up, and established a new girl’s tennis program at Fairview High School. This program was known for its no-cut policy, which Simon was very proud of.

This is Simon’s 11th year at Mercyhurst, and he is coming up on his 50th year as a member of the US Professional Tennis Association. Simon has been coaching tennis for 44 seasons.When Simon made his way to Mercyhurst, he recalls that the women’s team had a good record, but the men’s team needed some work, calling the men

“not very good in spite of having the best players in the region and conference.”

Simon was determined to turn that record around. Although the men’s team only won a single match in his first year, the new coach was able to bring in new recruits and improve the overall culture of the team. Clearly his methods were effective since just four years after his arrival the team won the region and qualified for nationals.

Outside of his work with the team, Simon enjoys spending time with his family, helping his son with his business, and play-ing on the golf course. His future hopes for the Mercyhurst tennis teams are to win the conference, regionals and go to the national tournament, as both individuals and as a team. He is optimistic about the future of the teams and loves spending time with the men and women involved in the tennis program, fondly referring to them as “his sons and daughters” on campus.