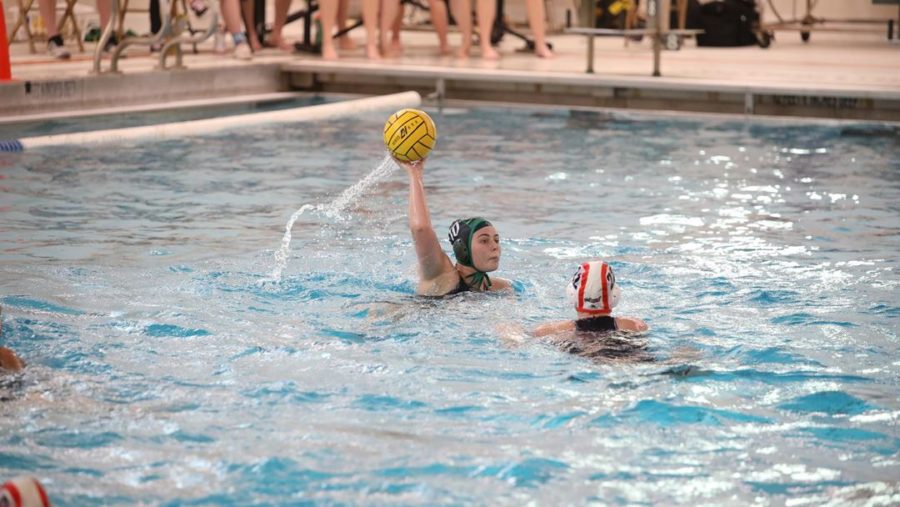 The scoring did not stop there, junior Hanna Good and senior Alexa Anderberg each scored for Mercyhurst, giving the Lakers a lead. Behrend did not let the scoring streak for the Lakers last. The Lions got a goal with 1:32 remaining in the quarter. Junior Ava Gebhardt responded to the Lions goal and scored for the Lakers leaving the score 5-2 going into the second quarter.

In the second quarter, the Lakers scored four more goals. The score after the quarter was 9-3. Sophomore Rachel Vlietstra scored two of the goals along with additional goals from sophomore Emma Ruttinger and freshman Phoebe Saunders.

In the third quarter, Vlietstra scored her third goal resulting in a hat trick. After Vlietstra’s hat trick, Berhend scored three goals in a row and dominated a majority of the third quarter. The Lakers bounced back and Good stopped the Lions scoring with 43 seconds left in the quarter.

In the fourth quarter, the Lions went on a scoring run and scored four goals in a row. The Lakers scored twice after. Vlietstra scored her fourth goal of the night and sophomore Allie Dombkowski scored her first of the night.

The final score of the first game was 13-10, with the Lakers bringing home the victory. Freshman goalie Marley Ramon played all 32 minutes and stopped 17 of the Lions shots. The second game of the day was played at 1:30 p.m. against the Salem University Tigers. Salem scored five straight goals before the Lakers could get a goal.

Mercyhurst’s first two goals were scored by sophomore Sakura Gavin. Gavin’s two goals allowed the score to be 5-2 in favor of Salem. The Tigers finished the first half of the game scoring five more goals.In the second half of the game, Good scored three goals allowing for a hat trick. Gebhardt scored her second goal of the day. Despite these goals, Salem ended up winning with a final score of 17-7. The women’s water polo team will participate in the WWPA conference weekend on Saturday, April 9, against McKendree University and Gannon University.