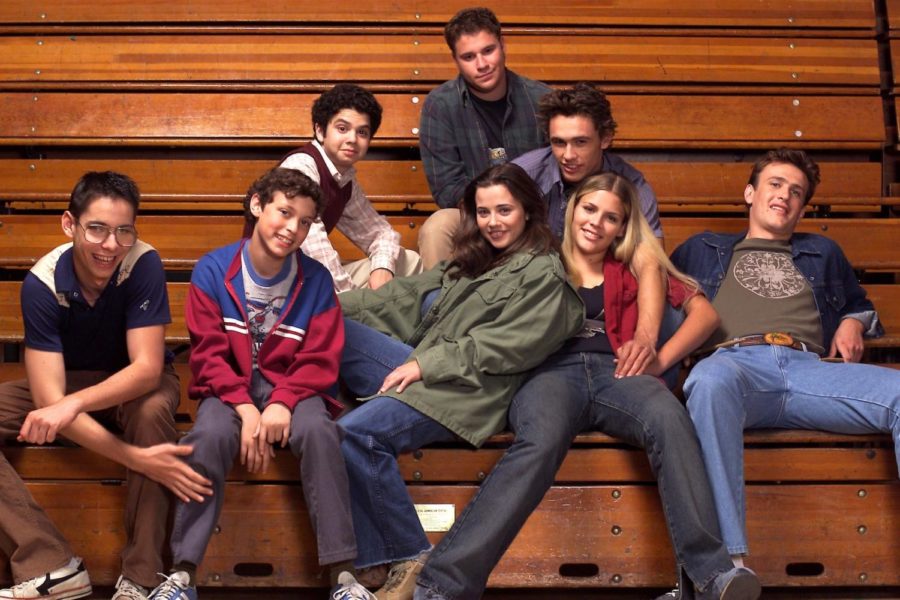 When you think of your favorite television series, you most likely envision shows with wonderfully written character arcs, stories and other exciting components to them. You most likely are not thinking of a show that did not even last one season and had a total of eighteen episodes before its demise. However, a show that was arguably written before its time, “Freaks and Geeks” is the perfect comfort show to watch.

The show premiered in 1999, but is set in 1980 in a small town in Michigan. The show follows Lindsay Weir (Linda Cardellini) and her younger brother Sam (John Francis Daley) through their interactions with friends, family and peers. Lindsay is a mathlete who has started hanging out with the “burnouts,” aka “freaks,” at school. Her brother and his friends belong to a group who has been given the title of “geeks.”

“Freaks and Geeks” focuses on a lot of the normal coming-of-age components that most shows touch on. The Weir siblings are caught in teenage dilemmas of doing what is right versus wrong, standing up for their friends and choosing between friends and family. Though the show was short-lived, in the first and only season of the show we got to see each sibling deal with relationships and the subsequent drama that comes with dating as a teenager. The awkward interactions and cringey dialogue perfectly capture what it is like to be a teenager. We are able to watch both char-acters grow and find themselves and what makes them truly happy over the series.

As mentioned, the show takes place in the 80’s but aired two decades later. Funnily enough, it is interesting even now how similar situations are from both of those times to today. For example, being that technology was not nearly where it is now in 1980, or in 1999, it is interesting to see a show without cell phones or any mention of them. There are also many pop culture references made throughout the show that are so different from now. References that would have been innovative or funny at the time remind you that the show was made before our time. It also provides insight into what it must have been like to be in high school in 1980 compared to being a high schooler during the 2000s.

Though the show only lasted a season, the project was actually the first for many stars who ended up breaking out and becoming very successful. A number of the actors rose to unbelievable success, and you may recognize many of these names today. Linda Cardellini is well known for many shows and movies such as “Scooby Doo” and more recently “Dead to Me.” Jason Segel is known for “How I Met Your Mother” as well as many comedies. James Franco is well-known for many movies including “Pineapple Express” and the original “Spider-Man” alongside Toby Maguire. Seth Rogen is known today not only for his many movies including “Knocked Up,” but he is also become somewhat of a TikTok celebrity with his pottery hobby. While many of these stars rose to fame shortly after the demise of the short-lived show, they were just starting out when the show first aired.

Judd Apatow, the director, has also risen to prominence in Hollywood and is known for a number of movies that he has created over the years. His family is a powerhouse in Hollywood, including the likes of Leslie Mann and Maude Apatow. Getting to see so many actors that are famous today as teens is really unique, and I think that is what makes the show special.

“Freaks and Geeks” is the perfect comfort show and is one that would not require much attention to detail being that the show does not provide much of a conclusion. Though that may seem like a bit of a letdown, that is just another interesting part of the show. You get to ultimately decide where the characters of the show may be today. As of 2021, the show is available to stream on Hulu. This summer, as you look for new shows to binge watch and get lost in, make sure to check out “Freaks and Geeks.”