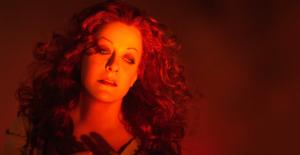 Pac.mercyhurst.edu photo: Deborah Voigt stars as Brünnhilde in this new production of the Ring CycleThe final opera of Richard Wagner’s Ring Cycle, “Götterdämmerung” will be simulcasted live in HD this Saturday, Feb. 11, at 12 p.m. from the Metropolitan Opera to the Mary D’Angelo Performing Arts Center (PAC).

For two years audiences have waited to see this installment in an epic tale of greed, wealth, power, courage and love. This is the climatic ending to an epic tale about mythological beings and the apocalypse of the gods.

Newcomer to the Metropolitan Opera, French director Robert Lepage has so far proven himself to opera audiences worldwide. His dramatic, exciting vision has come to life on the Met stage.

During the “MetTalks” on Friday, Jan. 20, one week before opening night of Götterdämmerung, Lepage said that if he had the opportunity he would return and revamp the first opera of the cycle, Das Rheingold.

He explained that he didn’t know how far he could have taken it, and now having done the other three operas he realizes how much he should have done with the staging.

Another newcomer to the Met is tenor Jay Hunter Morris, who has expressed how much joy and satisfaction he has gained from being given this opportunity. Morris sings the role of Siegfried in the final two operas of the Ring Cycle.

Soprano Deborah Voigt also expressed how thrilled she was to have the chance to sing the role of Brünnhilde in the Met’s new production of the Ring Cycle.

Voigt was offered the role by other companies years earlier, but she did not feel as though she was just quite as ready as she could have been. To her delight, the offer surfaced again, and this time from Peter Gelb at the Met.

It seems as though through all of the rehearsals and performances, the cast, crew, orchestra and directors have all become one large family. Sadly, Maestro James Levine had to step down from the podium due to health issues and was replaced by conductor Fabio Luisi.

There is no question that Luisi has ample and excellent experience, as he has conducted five Ring Cycles over the years.

At the “MetTalks,” Luisi said that he does not think of the Ring Cycle as four separate operas, instead, he thinks of them as one continuous 17-hour opera with long breaks in between.

Luisi said that he constantly thinks of the notes that came before—he is constantly thinking about what has just happened and how that led to what is currently happening within the music and the plot.

When asked if she thought the overall new production was a success, freshman Alexa Zeremenko said, “I think that the revamp of the Ring Cycle has definitely been a success.

“Opera lovers still attend these performances just like the others, and it gives the Wagnerian singers a chance to perform.”

When asked the same question, junior Adam Ferrari said, “I think that the revamp has been extremely successful. From all of the reviews I’ve read along with seeing the turnouts for the Met simulcasts, there’s been an extreme and growing interest and attendance.

“Personally, I’ve really appreciated what they’ve done with the sets and the costumes—simply wonderful—and the voices, well, that’s just a given. Without a doubt, the revamp has been a success,” he said.

The Live in HD series does not end with the Ring Cycle. There are still three more operas to come this season: Verdi’s “Ernani,” Massenet’s “Manon” and Verdi’s “La Traviata.”