Honor Society not another boy band 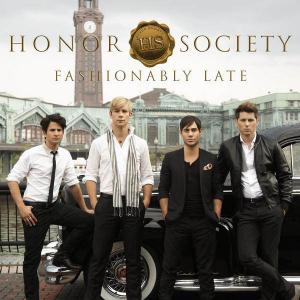 Contributed photoHonor Society is not your average boy band.

Their fun, poppy songs attract fans of all ages and their debut album, “Fashionably Late,” has been mentioned as a must-listen by Rolling Stone.

The band members, ranging in age from 23 to 30, include Michael Bruno, Jason Rosen, Alexander Noyes and Andrew Lee.

The band’s first break came when they were invited to appear as an opening act on the Jonas Brothers’ World Tour.

ough this appearance might influence your thoughts about their music, I encourage you to at least give them a quick listen.

“Fashionably Late” features 13 tracks, including “Where Are You Now,” which was featured in the movie “Bandslam.”

Other notable tracks include “See You in the Dark,” “Sing for You,” “Two Rebels” and “Over You.”

“See You in the Dark” is arguably their biggest hit, mainly due to the accompanying dance, entitled the Honor Roll.

The song’s catchy melody and lyrics helped make both the song and the dance an instant crowd favorite.

The song was written for the fans as a thank you for all of their support.

“Two Rebels” is one of the more upbeat songs on the album and is also one of the crowd favorites to sing along to at their live shows.

Honor Society just released “Over You” as their first single.
It’s a classic breakup song that, let’s face it, pretty much anyone can relate to and enjoy.

Overall, Honor Society might be classified as a “boy band,” but they are far from it.

The college-educated band members write catchy pop/rock songs that just might make you re-evaluate your thoughts on pop music.