Australian band makes it big in US 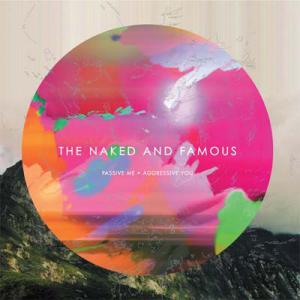 mesapress.com photo: The Naked and Famous have started to make their big debut in the United States after gaining fame in Australia.
Hailing from New Zealand, The Naked and Famous has made quite a stir with its only studio album, “Passive Me, Aggressive You.” While it has been very popular “down under,” the album has just recently started to make inroads in the States thanks to the band’s work being featured in various TV shows, FIFA 12 video game and a Machine Gun Kelley track.

Often retro motifs are held side-by-side to shades of newer styles of rock. Their sound is a hybrid of sorts, where MGMT meets Passion Pit.The electro overtones and grungy guitars are masterfully morphed into catchy melodies and a fresh unique sound.

This resuscitated retro sound is most evident in the track “Eyes.” It could easily fit into a classic ‘80s movie with its era-specific beat and synthful backdrop.

In the same vein, the leadoff track “All of This” is a superb song with a catchy tune and guitar riff. Two of the best songs on the album are hands down, “Punching in a Dream” and “Young Blood.” The former addresses the fear of futility and failure.

This fear of life’s unknown events is portrayed as a nightmare, and the inability to change one’s circumstances is shown to be “like punching in a dream.” It contemplates the grasping-for-the-wind feeling life can sometimes exude.

“Young Blood” has a great electro-pop melody with nostalgic meaning. Throughout the song, the lyrics represent the joyful naivety of youth—especially that of young love. It also warns about how fleeting youth can be, summed up with “Let go before it’s too late.” The track is a perfect one in many regards.

There are many other great songs on the album as well. “The Sun” is a haunting track that slowly adds one layer of complexity after another. “No Way” is a slower, ballad-like exhibition that builds to a powerful denouement in the lyrics, “All this means, losing/ Letting go.”

The emotion of ending a relationship is well complimented by the crescendo in the music.

The album is not perfect; however, a lot of the material has overstayed its welcome, especially toward the end of the album. Many of the songs are flotsam, merely extending the disc as long as possible. Five or six of the tracks could easily be cut out, and the overall album would still retain its greatness.

Besides the filler, though, “Passive Me, Aggressive You” is a wonderful album with fresh, integrative music.