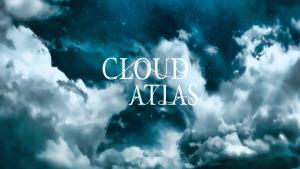 There are not many ways to fully explain the detailed plot of “Cloud Atlas” within the confines of a 400-word review, so I’m not going to try.

Instead, I’ll give you some pointers and observations to keep in mind while seeing the film for the first time.

“Cloud Atlas,” based on the novel of the same name, is a massive independent undertaking written and directed by the Wachowski siblings and their colleague Tom Tykwer.

The film debuted this past weekend to varied critiques, ranging from ‘love it’ to ‘hate it’ and many falling in the neutral zone. The film follows six separate story lines that connect to each other through the actions of a multitude of characters. Interestingly enough, we meet about 40 characters, all of whom are each played by one of only five very talented lead actors.

These actors’ performances (led primarily by Tom Hanks and Halle Berry) are breathtaking, and at many times I found myself struggling to recognize the actor behind the makeup. While there are a couple specific instances where this can be distracting, they’re justified by the impressive illusions.

The writing of the film is so intricate that it seems to also be somewhat fragile. The novel was originally considered to be ‘unfilmable,’ and now I can definitely see why. The interweaving story lines transition quite frequently, and at times they struggle to emphasize themselves.

However, if anybody could attack such a challenging story, it’s these filmmakers. Tykwer and the Wachowskis exercise an ambitious amount of effort into making visual sense of the novel, and ultimately their message is conveyed.

Make sure that you’re fully awake when watching this film; the fast-paced rotation of the six timelines can be somewhat difficult to keep track of. The film’s nearly three-hour run-time proves a challenge for those with a short attention span as well. Since the film’s sections were each directed by only one of the three directors, you nearly feel like you’re watching three separate films at once.

Each section reflects the style of its respective director, luckily though these sections eventually unify about halfway through the movie. Opinion aside, there’s no denying the incredible amount of work and dedication it took to make ‘Atlas.’ The scope of the film is far-reaching — so much so that it will unfortunately leave a lot of viewers cold. For those who can brave such challenges, however, a visual and thought-provoking treat awaits.